Today our computing platforms are mechanical and non-organic, but tomorrow’s will be biological, and immensely powerful, this is just one of a host of breakthroughs in the space.

The bacteria E. coli might sometimes make us sick, but they have served as a workhorse in science for decades, even becoming the world’s first organism to be genetically engineered to be resistant to every known virus on Earth, so life as an E.coli has its ups and downs. They teach us about DNA and help us manufacture ingredients for drugs and fuel, and now they can claim another skill – becoming the first living organism to store our digital information.

In a report published in Nature a team of researchers from Harvard University demonstrated it’s possible to archive images and even movies in the DNA of living E. coli cells.

Given the world’s voracious appetite to create and consume information researchers around the world are continually trying to find new and innovative ways to store it all, and DNA seems like a perfect storage medium, that is if we can figure out the best way to do it. DNA is, after all, just a code, chemicals symbolised by the letters A, T, G, and C, and it can pack a lot of information into a very small space, so much so in fact that it’s estimated that a shoebox full of DNA could store all the world’s information.

The idea has of using DNA as a storage medium has gained significant momentum over the last five years. Harvard scientists in 2012 encoded a book in synthesised DNA, and researchers recently reported that they’d manage to store over 215 petabytes of data in it on one gram of DNA, and in 2020 Microsoft plan to announce their first DNA storage service, available, of course, via their Azure cloud computing platform. But up until now, no one has managed to encode and store information in the DNA of a living organism, says Seth Shipman, a neuroscientist at Harvard who led the experiments.

READ
Featured Futurist: How 4D Printing Will Shift the Shape of Manufacturing, SAP

“That’s much more difficult,” he says.

Shipman and his colleagues encoded an image and short movie into the DNA of living E.Coli using the revolutionary gene editing technology CRISPR.

The movie in question was a 36 x 26 pixel five frame GIF of a galloping horse named Annie G., one of the first moving images ever recorded, and Shipman and his colleagues retrieved it with about 90% accuracy using standard DNA sequencing technology.

So it can be done.

But, lest you ask, do we really want to store our data in living bacteria? Stock our refrigerators with petri dishes full of family memories? Perhaps someone will find a use for it, and my bet is that it will first find a foothold in the healthcare industry and then spread out from there. That said though Shipman has other plans for his data storing bacteria, he aims to use it to record the biological activity of cells.

READ
A portrait created by an AI just sold at Christies for $432,000

“Right now we give DNA information we do know. We want to record information that we don’t know,” he says.

And what we don’t know a lot about is how our own cells in their earliest stages develop. Humans start out as one power packed ball of pluripotent stem cells, which can turn into anything, from blood and brain cells to organ specific cells, but the timing of the development of those cells is not well understood. A data storage system embedded in cells, for example, could give us a chronological record of its activity. But first, Shipman needed to test the system with electronic data. He chose a movie because it allowed him to demonstrate that he could track hundreds of events, in order, over time.

Like many bacteria, E. coli has an excellent internal filing system and a section of its genome, known as CRISPR which stands for Clustered, Regularly Interspaced, Short Palindromic Repeats, and which bears the same name as the revolutionary gene editing technology I mentioned above is named after, runs the show. CRISPR’s job is to grab a piece of DNA from viral invaders and file it in the CRISPR section of its genome, generating a chronological record of invaders.

Shipman’s group imagined that if they made the code for digital information look like that of a virus, E. coli’s CRISPR would be fooled into filing it for them. And that’s clever, especially as scientists usually use the system as a method for gene editing.

Near the CRISPR section of the genome are genes that code for a family of enzymes called Cas, whose job is to slice through DNA strands. Because of that skill, the Cas enzymes, particularly one called Cas9, have become the tool of choice for scientists who do gene editing. They attach it to a bit of code that can direct it to any spot in organism’s genome, and there it makes a cut, or edit.

Instead of sending out Cas enzymes to chop up distant places in the genome, Shipman’s group let the CRISPR system behave like it normally does, namely as a mechanism for grabbing viral DNA and bringing it home to the CRISPR section of the genome.

So the team converted the image and movie into short DNA segments that look like fragments of viruses, and, frame by frame, introduced them to the organism. E. coli’s CRISPR system was fooled. It grabbed the fragments and filed them in the order in which they were received. Except instead of getting the code for a virus, E. coli got the code for a movie and an image.

Bacteria are sneaky, but scientists it seems are sneakier, and as this strange but exciting technology continues to develop who knows, one day your lazy cat could not only be your lovable, demanding pet but also your storage device for all your family photos. Where you stick the USB cable though will be up to you…

WHY THIS MATTERS IN BRIEF Bots are evolving and increasingly it’s going to get more difficult to tell bots from real people, whether they’re just… 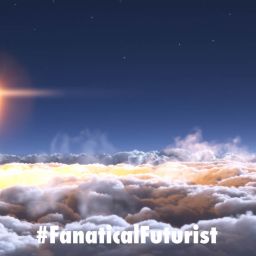 WHY THIS MATTERS IN BRIEF Developing the computing platform is one thing, but all computers need software and universal programming languages to gain mass adoption….

WHY THIS MATTERS IN BRIEF Extinction is no longer for life, and being able to bring back extinct killer viruses or create new ones is…

WHY THIS MATTERS IN BRIEF Quantum communication networks are considered the platinum standard when it comes to helping create secure, unhackable networks, and now the…