Plenty of companies are developing new laser and direct energy weapons systems but none have ever managed to create one, that might be about to change.

Deflector shields are the stuff of science fiction – whether it’s the rippling green shields that saw off Will Smith’s F/A-18’s in Independence Day or the Star Trek shields that batted off the Klingons advances. But until now they remained just that – science fiction.

Now, scientists at BAE Systems believe a new type of directed energy laser and lens system that manipulates the atmosphere could make such devices a reality, and in as little as fifty years from now.

Known as the Laser Developed Atmospheric Lens (LDAL) the concept works by simulating naturally occurring phenomena that temporarily alters small parts of the Earth’s atmosphere to create lens like structures that magnify or alter the path of electromagnetic waves – including radio signals and light.

According to BAE, a lens generated in this way could be used as a type of deflector shield to protect aircraft, land vehicles, troops, and ships from assault by high powered laser weapons.

LDAL’s prime purpose, however, is to enable better electromagnetic communications by re-creating a number of naturally occurring effects, such as the reflective atmospheric effects found in the ionosphere and the kind that are behind some of the more quirky atmospheric phenomenon such as desert mirages. LDAL mimics many of these effects by using high powered lasers to heat parts of the atmosphere which helps to create highly reflective areas, such as the ionosphere, or areas where light can be bent at will, such as is the case with desert mirages.

Using these techniques LDAL would allow operators to send high frequency signals further than ever before, or produce localized, Fresnel lens like refractive areas that bend electromagnetic waves to a specific point on Earth – even when the direction was at a completely different angle to the original waves.

The system takes advantage of the “Kerr Effect,” an optical phenomenon that occurs when intense light is transmitted through media such as glass or, in this case, gases in the atmosphere, that alters the media’s refractive index, to temporarily ionize a small patch of atmosphere in a way that allows the air to simulate mirrors, glass lenses, and structures like Fresnel zone plates that diffract light.

“Working with some of the best scientific minds in the UK, we’re able to incorporate emerging and disruptive technologies and evolve the landscape of potential military technologies in ways that, five or ten years ago, many would never have dreamed possible,” said Professor Nick Colosimo, BAE Systems’ Futurist and Technologist.

While other companies, such as General Atomics, Lockheed Martin and Northrup Grumman are also developing laser and direct energy weapons systems this is the first time a company has thought about using a laser system to create a deflector shield that protects assets from laser weapons, and while it’s merely a concept at this stage the science is sound. However, there is also a flip side to this new concept as well, and the theory goes that if you can bend light and extend the range of sensor systems then it also becomes a superb global spying tool… Ah, science – you’ve got t love it!

WHY THIS MATTERS IN BRIEF Teleportation is the ultimate sci-fi dream, and scientists are getting better at teleporting quantum particles further than ever before but… 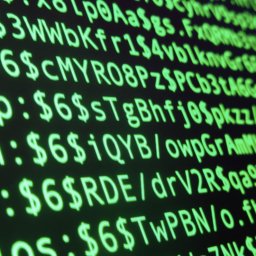 WHY THIS MATTERS IN BRIEF The research, development and weaponisation of AI has made experts uneasy about its impact on humanity’s future, by voicing their…

WHY THIS MATTERS IN BRIEF Human gamers have to be able to think on their feet to overcome the odds, and now the US military…

WHY THIS MATTERS IN BRIEF It’s fun, odd, it teaches kids to think bigger, and frankly why not …?   Love the Exponential Future? Join…