Google used to, I don’t know if they still do, have a saying that the best technology was the technology that was invisible to the consumer. In other words, if you develop technology correctly people shouldn’t even be able to realise that they’re using it.

Now, saying that is one thing, and creating technology that provides consumers with a seamless, and frictionless customer experience is all great, but as most analysts keep pointing to 2016, then 2017 as “the year virtual reality (VR) goes mainstream” I still come back to this original saying – in part because I for one don’t think we will see mass adoption of consumer VR when the whole family is still forced to sit on the sofa and watch a film in VR wearing a massive headset. It didn’t fly for 3D TV’s, which recently, officially died a death, and it won’t fly for VR either.

The best VR technology is surely going to be the one you “just use” and is “invisible.” In my mind VR will begin to see mass adoption when it’s embedded into contact lenses and where you can turn it on and off just by blinking. That’s invisible, and today’s massive VR headsets, most of which give people neck ache, are anything but invisible. In fact, they’re the opposite they couldn’t be more visible if they tried – maybe painting them bright orange would up the ante there…

In recognition of all of this Google’s Daydream Labs team have partnered with HTC to see if they can figure a way to turn VR headsets invisible – and it looks like they might have succeeded. That said though it’s not invisible by my definition – as you’ll see from the video below. However, kudos for trying…

The new technology that the duo are developing lets spectators see the VR users full face, while they have the headset on. In order to achieve this the team first constructs a 3D model of the user’s face, using a colour and depth camera in a process that takes about a minute to complete.

Next, they’re handed a modified HTC Vive headset that’s capable of tracking eye gaze. For a fully immersive video demo, the user is shot in front of a green screen while they’re in a VR experience, with their VR environment composited into the background. The specialised camera setup used to film it all is calibrated and time-synced with the headset, which makes it possible to replace the headset with the 3D face model and line it up with the visible portion of the user’s face.

Slapping someone’s face onto the outside of a VR headset still looks strange so the team opted for a ‘scuba mask effect.’

“Headset removal is poised to enhance communication and social interaction in VR itself with diverse applications like VR video conference meetings, multiplayer VR gaming, and exploration with friends and family. Going from an utterly blank headset to being able to see, with photographic realism, the faces of fellow VR users promises to be a significant transition in the VR world, and we are excited to be a part of it,” said the Google team in a blog post.

As far as I’m concerned though it still looks weird, albeit a small step forward to making these things “invisible” but there’s still a lot of room for improvement. I’m waiting for my contact lenses… 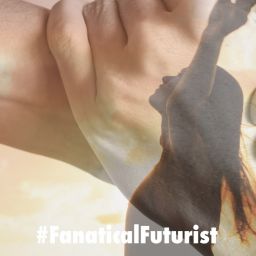 WHY THIS MATTERS IN BRIEF The future of warfare will include drones, and that flips the idea of today’s aircraft… 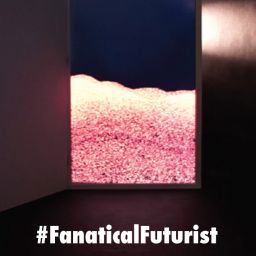 WHY THIS MATTERS IN BRIEF Many analysts used to believe that driverless cars were a decade away, but company after…