Growing your own products just became a thing.

If you needed to be convinced just how fast technology is progressing then think of this. For Millennia humans have assembled individual, pre crafted components together to make products of every shape and form. In 1986 we saw the first 3D printers which for the first time allowed people to print basic 3D products, then 3D printing advanced and suddenly in 2008 we were able to print the first human organs. 4D Printing appeared on the scene and we were able to print robots and furniture that self assembled. Molecular assemblers then began to appear on the scene in 2011 and now, within the space of just 40 years from the first 3D printer being built we are on the edge of being able to not print but grow not just basic products but highly advanced, highly sophisticated products.

As several recent military conflicts have emphasised, warfare is changing. The focus is shifting to attrition, guerilla warfare and home front terror and as a result many militaries are working hard to become more flexible and create military forces that can rapidly adapt to any situation. This is exactly why 3D printers have been finding their way onto warships for on-the-fly repairs and alterations.

It’s no secret that aircraft and UAVs, of any type, whether they be civilian or military can take years to design, build and deploy – with or without 3D printers. This is one of the main reasons why today’s armies are so asset heavy – take for example the YF-22 Raptor, the US DOD’s aircraft of choice and a program with at least a 40 year lifespan. Each unit costs $150 million to buy and to date the US DOD has committed over $66 Billion to the program and those are just the tip of the hardware iceberg and BAE want to change this paradigm.

READ
AI is helping create realistic "Fake news!" videos and it's going to be a problem

Together with a team of UK scientists and engineers from the University of Glasgow BAE have been looking much further along the line developing a new manufacturing technique based on chemical synthesis. In short, they are working on a “Chemputer.”

First bought to light in 2012 the Chemputer is a molecular level 3D printer that can grow, AKA assemble at the molecular level, everything from pharmaceutical drugs to airframes and in a nutshell it’s a new form of 3D printer that prints environmentally sustainable and stable molecules, rather than objects or layered structures. With the help of additives and nutrients, these molecules can then be encouraged to grow (assemble) into any functional shape.

While the project is highly ambitious the science behind it is sound and has been demonstrated many times over but nevertheless it will still take quite a lot of effort and resources to get to a point where it will be suitable for the production of complex electronic systems.

Professor Cronin was the first to admit that even tiny, basic drones would be very challenging to grow chemically and that a more realistic short term goal would be to use it to produce parts for large manned aircraft.

“This is a very exciting time in the development of chemistry. We have been developing routes to digitise synthetic and materials chemistry and at some point in the future hope to assemble complex objects in a machine from the bottom up, or with minimal human assistance. Creating small aircraft would be very challenging but I’m confident that creative thinking and convergent digital technologies will eventually lead to the digital programming of complex chemical and material systems,” he said.

BAE’s ultimate objective, of course, is to build a new manufacturing platform that lets military commanders, or in the future AI’s, use a GUI to design, by selecting different attributes, fabricate and assemble bespoke military hardware that can overcome any type of terrain, technology and adversary close to the battlefield in near real time. And if you’re thinking that the drones that BAE want to create will be your run of the mill variety then think again, these will be highly functional, ultra fast, autonomous high performance systems that can work at high altitudes, outpace missile systems and provide a rapid, targeted response behind enemy lines.

Product design, manufacturing and deployment, as we’ve outlined, could fall from years to weeks. Now just think what having on tap access to the latest technology will do to the future of warfare. 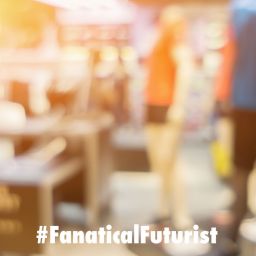 WHY THIS MATTERS IN BRIEF Decades old AI algorithms are increasingly demonstrating that, with some fine tuning, they can thrash today’s best systems – and…

WHY THIS MATTERS IN BRIEF Many 3D printers still only print one material, or at best switch between different materials very slowly, this new printer…

WHY THIS MATTERS IN BRIEF True unsupervised learning, that allows AI’s to learn by themselves, will represent a quantum leap in AI development and begin… 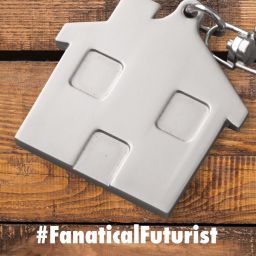