This could be a revolutionary breakthrough that guides the future of robotic evolution and design and its impact shouldn’t be under estimated. 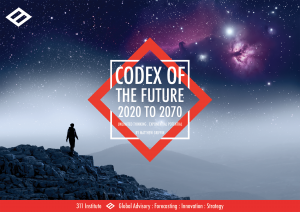 Like we humans every robot on Earth, and off Earth, like, for example, the anti-gravity robots on the International Space Station (ISS) all have one thing in common – they have one body, and no matter how much they try it’s impossible for them to just suddenly transform themselves into something else, or heal themselves. Well, until now that is, and one day if this technology is combined with the robots that can self-evolve and print themselves out, like this fellow, then well, the future could be a whole lot of fun.

Last week a team of European researchers from the IRIDIA AI Lab and the Université Libre de Bruxelles announced they’d managed to create a new kind of robot, or robots, depending on your view – ones that join together and can share a common “brain,” and they published their work in  Nature Communications.

While robots that join together or work together in swarms are nothing new the big advance here is the fact that previous designs for modular robots relied, for example, on 10 individual robots, each with their own machine brain, that tried to cooperate as one. In human terms it’s very much the same as ten individuals coming together and trying to work as a team, sure there are synergies but at the end of the day each “unit” is still an individual, and as a result it’s hard for the team to replicate the same precision or quick reactions as a single individual, or in this case robot, that was designed specifically to perform the given task in question. This new design changes that.

“Understanding which morphology is appropriate to which task and environment is a problem nature solved over the course of millions of years using evolution,” the researchers wrote in their paper, saying their robots aim to solve those problems on the fly, “our vision is that, in the future, robots will no longer be designed and built for a particular task. Instead, we will design composable robotic units that give robots the flexibility to autonomously adapt their capabilities, shape and size to changing task requirements.”

However, while the teams cookie shaped robots aren’t quite ready to come together and defend the world from invaders though, like their fictional Transformer counterparts they’re a giant leap forwards from the previous versions, but for now at least they aren’t much more than a curiosity, only able to operate in two dimensions and form basic shapes.

That said though the researchers are optimistic they can extend the basic principle into the third dimension and add flexible joints to the robots, greatly increasing their versatility, and they’ve managed to demonstrate it’s possible for individual machines to connect together into diverse shapes and come together to perform specific functions and tasks. The researchers have even given the new robo-technique a name, calling them “Mergeable Nervous System” robots (MNS), and they’re not shy about the potential of their creations.

“MNS robots constitute a new class of robots with capabilities beyond those of any existing machine or biological organism,” the researchers write, “an MNS robot can split into separate autonomous robots each with an independent brain unit, absorb robotic units with different capabilities into its body, and self-heal by removing or replacing malfunctioning body parts — including a malfunctioning brain unit.”

So, again, as I’ve said many times before with other small and apparently odd news stories, while it looks like this is just a “small” technological advance, over time it could completely revolutionise the field of robotics and how future robots behave, “self” assemble, evolve and even “heal,” and that’s not bad for a bunch of, as Gru would say in Despicable Me, “Cookie robots.”

WHY THIS MATTERS IN BRIEF The world is going “Digital” and the majority of companies in today’s world are either already becoming software companies, or…

WHY THIS MATTERS IN BRIEF Technology is increasingly helping governments and multi-nationals strip away our anonymity and privacy, and the pros and cons depend on…

WHY THIS MATTERS IN BRIEF Being able to use brain machine interfaces to communicate with one another, as well as control machines, will revolutionise society…

WHY THIS MATTERS IN BRIEF As more researchers and companies experiment with creating life-life, interactive digital humans today’s bloggers and influencers could soon be replaced….

WHY THIS MATTERS IN BRIEF Over the past five decades the world has got immeasurably smaller but language is still a barrier, but that’s all…