When are killer robots a good thing? When they’re saving the Earth.

Where there are robots there’s always inevitably talk about the emergence of killer robots that will destroy humanity, and while killer robots are often seen as a bad thing sometimes – apparently, they can be a good thing too. Weird hey?

Now scientists at Robots In Service of the Environment (RISE) – yes that’s a real company BTW, are talking about using robots to cull invasive species specifically they are talking about developing a robot to fight an invasive population of Lionfish that’s threatening ecosystems off the coast of Florida as well as in the Caribbean and Bermuda. 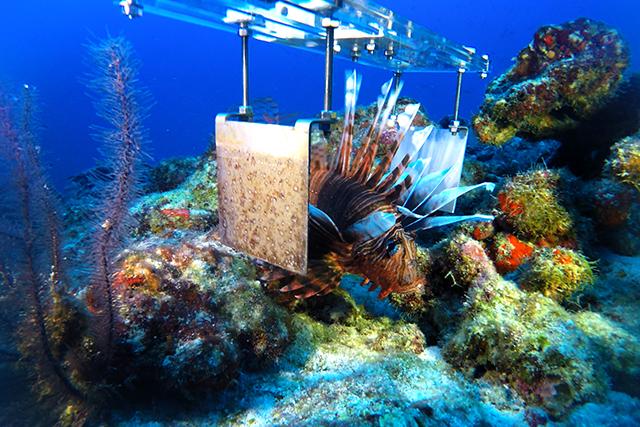 The killer robot in action

Creating a robot to exterminate a specific species sounds a bit harsh, but it’s an environmental issue. The Lionfish population in question isn’t native to Caribbean waters and don’t register as predators to the local wildlife, as a consequence the local marine life don’t avoid them and, as a result the voracious Lionfish end up with a free fish dinner, decimating the local fish populations, killing coral reef systems and starving other species.

While the idea of culling a species always brings out mixed feelings in people, as a marine biologist myself I can tell you that certain non-native species – such as the Australian Crown of Thorns, when left to their own devices can wreak havoc in an ecosystem decimating it and leaving it almost devoid of all life and so it is here. Culling the Lionfish population is essential to protecting the local ecosystem.

Unfortunately though there are millions of Lionfish and only a few hunters and humans so the solution? Build robot hunters.

This idea came to RISE founder and iRobot CEO Colin Angle after witnessing the issue first-hand in Bermuda. His group has since designed a concept robot capable of electrocuting Lionfish between a pair of telescoping electrodes. The concept is still in its early stages, but the team has been testing a prototype arm in reef waters to make sure the robot doesn’t scare the fish off before it has a chance to zap them and so far, so good. Lionfish don’t have many predators, and don’t seem scared of the deadly fish-zapper.

RISE says it’s testing out the actual shocking mechanism on Lionfish in aquariums before taking it out to sea, and is also developing a spear-based Lionfish hunter. It’ll be awhile before either unit is ready for action, too. Hopefully, the completed robots will be able to keep the population under control and help the natural ecosystem thrive. Still, it’s a little weird to think that under the right circumstances, killer robots can be a good thing.

WHY THIS MATTERS IN BRIEF Every year in the UK over 36,000 cattle that contract TB are culled, but now…