The world of finance is being automated faster than almost any other industry and JPMorgan is leading the charge.

At JPMorgan Chase a learning machine is parsing financial deals that once kept legal teams busy for thousands of hours.

The program, called COIN, for Contract Intelligence, does the mind-numbing job of interpreting commercial-loan agreements that, until the project went online in June last year, consumed 360,000 hours of work each year by lawyers and loan officers. The software reviews documents in seconds, is less error-prone and never asks for vacation.

While the financial industry has long touted its technological innovations, a new era of automation is now in overdrive as cheap computing power converges with fears of losing customers to startups. Made possible by investments in machine learning and a new private cloud network, COIN is just the start for the biggest US bank. The firm recently set up technology hubs for teams specializing in big data, robotics and cloud infrastructure to find new sources of revenue, while reducing expenses and risks.

The push to automate mundane tasks and create new tools for bankers and clients, a growing part of the firm’s $9.6 billion technology budget, was a core theme at the company’s recent annual investor day.

Behind the strategy, overseen by Chief Operating Officer Matt Zames and Chief Information Officer Dana Deasy, is an undercurrent of anxiety: Though JPMorgan emerged from the financial crisis as one of few big winners, its dominance is at risk unless it aggressively pursues new technologies, according to interviews with a half-dozen bank executives.

That was the message Zames had for Deasy when he joined the firm from BP Plc in late 2013. The New Yor -based bank’s internal systems, an amalgam from decades of mergers, had too many redundant software programs that didn’t work together seamlessly.

“Matt said, ‘Remember one thing above all else: We absolutely need to be the leaders in technology across financial services,’” said Deasy, “everything we’ve done from that day forward stems from that meeting.”

After visiting companies, including Apple and Facebook three years ago to understand how their developers worked, the bank set out to create its own computing cloud called Gaia that went online last year. Machine learning and big data efforts now reside on the private platform, which effectively has limitless capacity to support their thirst for processing power. The system already is helping the bank automate some coding activities and making its 20,000 developers more productive, saving money, Zames said. When needed, the firm can also tap into outside cloud services from the likes of AWS, Microsoft and IBM.

JPMorgan will make some of its cloud-backed technology available to institutional clients later this year, allowing firms like BlackRock to access balances, research and trading tools. The move, which lets clients bypass salespeople and support staff for routine information, is similar to one Goldman Sachs announced in 2015.

JPMorgan’s total technology budget for this year amounts to 9 percent of its projected revenue, double the industry average, according to Morgan Stanley analyst Betsy Graseck. The dollar figure has inched higher as JPMorgan bolsters cyber defenses after a 2014 data breach, which exposed the information of 83 million customers.

“We have invested heavily in technology and marketing, and we are seeing strong returns,” JPMorgan said in a presentation ahead of its investor day, noting that technology spending in its consumer bank totalled about $1 billion over the past two years.

One third of the company’s budget is for new initiatives, a figure Zames wants to take to 40 percent in a few years. He expects savings from automation and retiring old technology will let him plough even more money into new innovations.

Not all of those bets, which include several projects based on a distributed ledger, like blockchain, will pay off, which JPMorgan says is OK. One example executives are fond of mentioning is an electronic platform to help trade credit-default swaps that sits unused.

“We’re willing to invest to stay ahead of the curve, even if in the final analysis some of that money will go to product or a service that wasn’t needed,” Marianne Lake, the lender’s finance chief, told a conference audience last June. That’s “because we can’t wait to know what the outcome, the endgame, really looks like, because the environment is moving so fast.”

As for COIN, the program has helped JPMorgan cut down on loan-servicing mistakes, most of which stemmed from human error in interpreting 12,000 new wholesale contracts per year, according to its designers.

JPMorgan is scouring for more ways to deploy the technology, which learns by ingesting data to identify patterns and relationships. The bank plans to use it for other types of complex legal filings like credit-default swaps and custody agreements. Someday, the firm may use it to help interpret regulations and analyse corporate communications.

Another program called X-Connect, which went into use in January, examines E-Mails to help employees find colleagues who have the closest relationships with potential prospects and can arrange introductions.

For simpler tasks, the bank has created bots to perform functions like granting access to software systems and responding to IT requests, such as resetting an employee’s password, Zames said. Bots are expected to handle 1.7 million access requests this year, doing the work of 140 people.

While growing numbers of people in the industry worry such advancements might someday take their jobs, many Wall Street personnel are more focused on benefits. A survey of more than 3,200 financial professionals by recruiting firm Options Group last year found a majority expect new technology will improve their careers, for example by improving workplace performance.

“Anything where you have back-office operations and humans kind of moving information from point A to point B that’s not automated is ripe for that,” Deasy said. “People always talk about this stuff as displacement. I talk about it as freeing people to work on higher-value things, which is why it’s such a terrific opportunity for the firm.”

To help spur internal disruption, the company keeps tabs on 2,000 technology ventures, using about 100 in pilot programs that will eventually join the firm’s growing ecosystem of partners. For instance, the bank’s machine-learning software was built with Cloudera, a software firm that JPMorgan first encountered in 2009.

“We’re starting to see the real fruits of our labor,” Zames said. “This is not pie-in-the-sky stuff.” 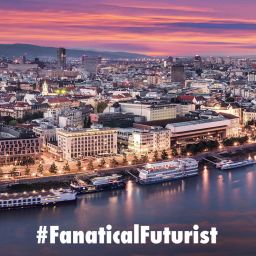 WHY THIS MATTERS IN BRIEF In some areas AI is now reaching human-like levels of performance, and one of those it seems is graphic design,… 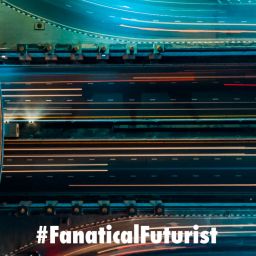 WHY THIS MATTERS IN BRIEF Species are going extinct today 10,000 times faster than ever before, and conservationists are getting increasingly serious about turning the…

WHY THIS MATTERS IN BRIEF DeepFakes and synthetic content will continue to redefine how we make content and the tools we use to make it….

WHY THIS MATTERS IN BRIEF We already live in a sci-fi world, but new technologies and new ways of working are soon going to help…

WHY THIS MATTERS IN BRIEF Detecting the presence of Coronavirus is difficult, this makes it as easy as strapping on a basic face mask.  …