This is one of the first combinations of 3D Printing and Self-Healing materials, and it’s how many materials could be made in the future.

Recently teams of researchers showed off their self-healing computer chips, self-healing soft robots, and other common a garden objects that can self-heal after suffering “catastrophic damage”. Now though another team of researchers in the US have announced that they’ve developed a range of self-healing 3D printed materials that can repair themselves after being cut in half. The researchers behind the breakthrough say the new materials could be potential game changers in the electronics, fashion, soft robotics, and tyre industries.

Assistant Professor Qiming Wang and students from the University of Southern California began by using a manufacturing method where light is used to solidify liquid resin, called Photopolymerization.

In order to get the printed objects to self-repair, the team had to find an optimum mix when oxidizing the chemical group that makes this kind of 3D printing possible, so that original strength and function was maintained after self-healing. 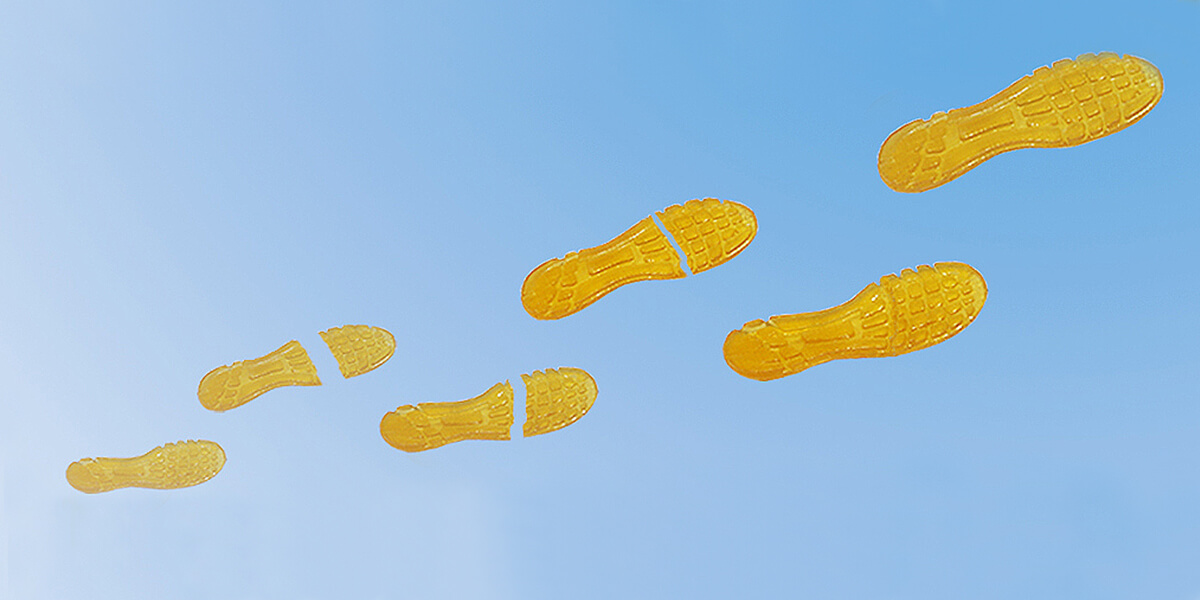 Or how about a self-healing shoe? Courtesy: USC

The team tested its method by printing a range of objects – including a shoe pad, a soft robot, a multiphase composite and an electronic sensor – and then cutting them in half. After about 2 hours at 60° C (140° F) most of the objects had healed themselves completely. It did take a while longer for the sensor though, around twice as long in fact, due to the presence of carbon that’s used to transmit electricity.

The researchers say that the repair time could be reduced by raising the temperature.

The team is now looking into the development of a range of materials that can self-heal, which could go on to produce self-healing automotive components or body armor.

A paper detailing the research has been published in the journal Nature.