It may feel like 5G networks are only just finding their feet and becoming mainstream, but the march of technology rarely rests. The next iteration, 6G, is already in the works with China recently launching the first 6G satellite and several organisations already running proof of concept tests. And now Samsung has now demonstrated its first 6G prototype 6G system in an over-the-air test, using terahertz (THz) frequencies.

As you’d expect, the main advantage of 6G is faster data rates, up to 2 Tbps or 2,000 Gbps, and lower latencies of around 0.1ms. The peak data rate is expected to eventually be up to 50 times faster than 5G, pushing it into the range of terabits per second. Latency, meanwhile, is expected to drop to just one-tenth that of 5G, and together these advances should help the tech transmit much more data-intensive content, such as 8K resolution VR and holographic video.

The Future of Communications keynote by Matthew Griffin

Currently, 5G communications operate at frequencies up to about 40 GHz, but 6G would push that beyond 100 GHz, tapping into the as-yet-unutilized THz spectrum. The new tech would also give a boost to bandwidth too, which for 5G tops out at around 400 MHz.

For the new test, researchers at Samsung and the University of California, Santa Barbara demonstrated a system with 140 GHz frequency and a bandwidth of 2 GHz. In doing so, they managed to transmit data at a speed of 6.2 Gbps over a distance of 15 m (49 ft).

That’s a decent step up from 5G’s speed record of 5.23 Gbps, and even that was with the help of some 4G frequencies in a mostly experimental setup. But still, it’s far short of what 6G could eventually be capable of.

The system consists of a phased array transmitter with 16 channels, receiver modules, and a baseband unit that processes signals and helps direct the beam towards the receiver.

The new test may sound exciting, but don’t throw away your fancy new 5G phone just yet – 6G isn’t expected to be commercially available until about 2030.

The team demonstrated the new 6G device at the IEEE International Conference on Communications 2021.

WHY THIS MATTERS IN BRIEF Today none of your games characters, or any characters for that matter, can seamlessly jump…

Kurzweil: AI aces Turing Test in 2029, and the Singularity arrives in 2045

WHY THIS MATTERS IN BRIEF As the capabilities of artificial intelligence increase, and as technology improves at an exponential rate… 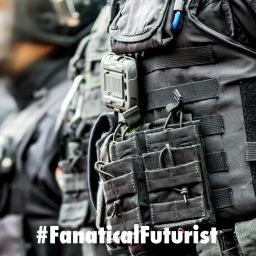 WHY THIS MATTERS IN BRIEF Liquid computers are one of the future’s most promising and exciting computing platforms, and slowly… 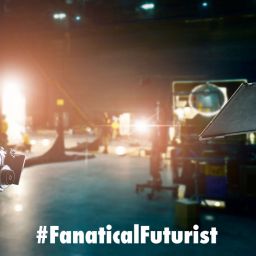