Marston’s, a 200 year old company operates over 2,000 pubs in the UK and while it’d be easy to categorise them as a hospitality company their CIO Mike McMinn firmly believes that they are, in fact,  a leisure company. When you’re building out the vision for your company, or the company you work for being able to frame the sector your serving accurately makes the difference between struggling to grow your revenues incrementally in a mature market place and dominating not just your natural market but also new ones.

Framing your company’s objectives, its purpose and its target market correctly is one of the most important undertakings your company will ever carry out and it’s one that will make all the difference when it comes to new product development, determining who your real competitors are and your go to market strategy. Coincidentally it can also dramatically increase a company’s addressable market opportunity, the number of new customers they can target and, of course one of the knock on effects that this can have is demonstrating to shareholders that your stock price has plenty of upside – provided of course you can maintain a pipeline of innovative new product developments and execute with precision.

Mikes reclassifying Marston’s as a leisure company is a master stroke. By re-envisioning Marston’s from a company that serves customers great food and drink and provides them with comfortable spaces to socialise and watch sports on TV to a company that provides social and hospitality services suddenly Mike’s able to open up a whole new raft of market opportunities that would have previously been out of scope.

At the same time however the initiative has increased the number of competitors from a core group of competitors such as Yates and Greene King and expanded the roster to include companies such as Sky, Marks and Spencers, Tesco, Giraffe, Starbucks and Xbox all of which are responsible, in their own way, for taking customers away from Marston’s properties. Consequently the range of new products and services that the Marston’s needs to design to attract customers away from these competitors also needs to change.

While the upsides of re-classifying a business can be substantial so too can Executives resistance to change and having had an uphill battle trying to propagate his ideas to the top Mike, like so many others CIO’s I talk to has found it easier to change the culture of the company from the bottom because, as he describes it you can’t stop a stampede of Elephants. The natural place for Mike to start of course was his own ICT organisation and over the years he’s focused on returning time to his team and encouraged them to adopt an Entrepreneurs mind set.

For years though the company didn’t see technology as an enabler. Despite the fact that almost every new innovation in the world is underpinned by technology one of Mike’s key challenges has been trying to get the executive teams to change their view that IT is slow to deliver to one where they see it as a function that helps the business to prosper.

After twenty years of pushing Mike’s initiatives are paying off and his vision is coming to life. Not only is Marston’s bucking the industry trend and attracting new customers into its properties but their new B2B mymarstons.co.uk platform which provides a full portfolio of B2B services, from accountancy and auditing to stock management and marketing services has attracted a whole new range of long term customers. In fact the platform’s proven to be so successful that Marston’s competitors Carlsberg and Greenking have built their own versions but as they build up Mike and his team keep building out, developing, iterating the next version looking for ways to extend the platforms relevance to new markets but while technology is the “How” a new service is delivered the question of “What” that new service should be still relies on curious, creative people looking for gaps in the market. Entrepreneurs.

One example of a gap in the market that Mike and his team identified has turned into yet another profitable business for the company who are now a fully fledged ISP providing over 6,500 landlines to thousands of customers. The result of observation and determination Mike and his team noticed, unsurprisingly that not all night clubs have good quality broadband and not only did this have a direct impact on how much they used the mymarstons platform but, using an entrepreneurial eye they also realised it was a problem they could solve. A number of conversations with BT, one business case that showed how becoming an MVNO would save Marston’s £500,000 for a £70,000 investment and a number of outsourced third party contracts later and Marston’s became a full ISP piggy backing on top of BT, TalkTalk and Lynx.

The desire to push the boundaries and provide value to the company doesn’t stop there though and as you’d expect data and analytics are now playing increasingly important roles in helping create the next generation business. Dwell times in Marston’s properties are sitting at a healthy one and a half hours but Mike knows that they can do better by rolling out new services that attract new customers and encourage them to dwell longer and, as Microsoft recently recognised he’s already well on his way to moving the dial.

Over the years it’s fair to say that Mike has more than his fair share of conversations with executives defending the position that IT is an essential component of the business but despite the fact that, as we all know, with the right visionary leader at the helm technology is an enabler it still took him years to overturn the executives view that it was simply a cost to be driven down.

So entrenched were some people’s views about IT’s role within business that one year Mike was asked to deliver a presentation entitled “Justifying IT’s existence”. Naturally the best and swiftest response, as any CIO will know when posed with that challenge is to simply suggest that the company turns everything off and then see how they get on without it and we all know how quickly views would change but nonetheless it shows how entrenched some peoples views were.

Once you meet Mike you realise that he’s a seasoned, experienced gentleman and while for many people this would be praise people’s perceptions, as Mike found out at a recent PWC Digital event, struck again. You see, when I say seasoned what I really mean to say is that Mike’s age doesn’t exactly put him into the Generation x or Generation y bucket and, as we all hear day in day out if you’re not Generation x or Generation y then you simply “Don’t get” digital. People love their stereotypes and it’s unfortunately human nature that one of our favourite past times is pigeon holing individuals, groups and even whole societies and this is one stereotype that Mike seems to love throwing back in people’s faces, the fact that he’s also a pretty mean Forza driver just adds fuel to the fire.

When we discuss the topic of suppliers it’s a familiar story. Large manufacturers that lack empathy, who switch account managers at will and who only seem to work in broadcast mode and smaller, nimbler manufacturers who come across as more engaging and authentic.

Here Mike concentrates on a small number of manufacturers so that he can return as much time back to his entrepreneurial team as possible and again it’s a strategy that’s not only delivered results but one that’s gotten him and his team recognised at the highest levels in Microsoft, by none other than Satya Nadella himself.

In 2014 Marston’s entrepreneurial team delivered an innovative new use case using Microsoft Dynamics CRM and Social Listening products, using them to analyse and respond to new customer trends faster, earning them Microsoft’s Convergence 2014 Europe Customer Excellence Award for Cloud Transformation and today they still have a direct line to Microsoft’s Chief of Staff.

Over the years Mike has earned his stripes and while every business is different their goals, to grow and prosper are always the same. Today there is no doubting technology’s vital and enabling role and Mike has this advice for his peers:

Despite technologies unstoppable march, despite how it’s changing the world, changing lives and helping companies generate hundreds of billions in profits there are still people and companies that cling to outmoded views that technology is valueless. History has shown time and time again that companies with leaders who lack vision and determination are often the first to be consigned to the history books and this trend is accelerating.

Marston’s though is turning the tide, bucking the trend of pub closures that threaten to leave gaping holes in Britain’s villages and high streets. While the products and services that the company delivers in the future will be different from the ones it delivers today the one thing that you will be ensured of when you step across the Marston’s threshhold will be a good time.

At first, stepping into Oxford University’s Saïd Business School’s campus, opposite Oxford train station is like stepping into an experience…. 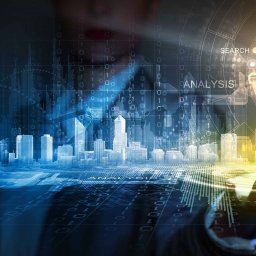 Today few people realise that our society is on the cusp of creating a new Epoch, one where in 400…

WHY THIS MATTERS IN BRIEF Many experts say that creative machines are still decades away, and that machines that can… 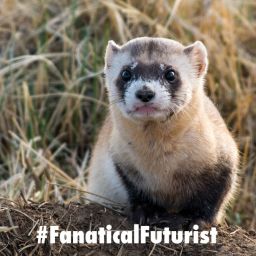