Today’s hyperscale datacenters are huge and power hungry, tomorrow’s could be the size of a table and be powered by a single AA battery.

DNA already carries the genetic instructions that help every living organism grow and thrive, but it could do so much more… and that’s why increasingly scientists from the UK and other parts of the world are using it to create the first generation of ultra powerful DNA computers, and why the US intelligence community, from the CIA to the NSA, is interested in using it to help them collapse their hyperscale datacenters, computing, storage and all, into something into the size of a dining room table that cost $1 million, not $1 billion as they currently do, to build and operate. With all this potential it’s no wonder that DNA is of such interest.

This week though, and following on from a similar announcement from Microsoft last year who plan to offer DNA storage as a Service via their Azure cloud platform in 2020, a startup called Catalog DNA based at the Pagliuca Harvard Life Lab, announced plans to launch the first commercial DNA storage service… by 2019.

The group, as reported by New Scientist, claims it can store a terabyte of data, which is the equivalent of 40 Bluray discs if anyone remembers those, in a gram sized “deoxyribonucleic acid pellet.”

“We are developing next generation technology to store digital information in DNA molecules,” said the company, “our vision is to fit the information content of entire data centers into the palm of your hand.”

And just in time, humans collectively generated 16.1 Trillion gigabytes of digital information in 2016 alone, and that number is expected to increase more than tenfold by 2025 thanks not just to all the selfies we’re taking and cat videos we’re sharing, but also thanks to the huge rise in data center storage requirements.

“We have proven our approach to encoding data in DNA and are in the process of scaling up our platform,” the startup boasts, “the Catalog technology will make it economically attractive to use DNA as a major medium for long term archival of data.”

The technique the company are using dates back at least six years when researchers at Harvard University encoded the text of a 54,000-word book in DNA. Then last year researchers in the US smashed that record when they managed to store a crazy 215 Petabytes in a single gram of DNA. Putting this into perspective this means you could store all of the world’s information in something the size of a shoebox.

Catalog wants to launch “industrial scale storage services” for IT companies, the entertainment industry, and the federal government, Wired reported, but just how much this storage will initially cost remains somewhat of a mystery.

As Wired pointed out, writing DNA is an expensive procedure. DNA synthesis companies like Twist Bioscience, for example, who are at the forefront of the DNA synthesis industry, charge 7 to 9 cents per base, which equals “just under $100,000” for a single stored minute of high quality stereo sound.

Naturally Catalog is brainstorming ways, like decoupling the process of writing DNA from encoding it, to keep costs down, and the company is planning its first commercial pilot next year. In the short term though if you want to buy into the service then you might need to pony up over a quarter of a million dollars to store your cat video so you better get saving for it now. 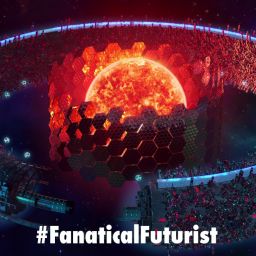 WHY THIS MATTERS IN BRIEF Ironically there are many paths to immortality, but this one is the most far out…