You could argue that artificial intelligence (AI) is already spooky enough. Whether we’re dreaming up new ways in which we think it can destroy us, or just because of the fact that it’s gaining on us in new and exciting ways, but now it seems to have gained a new skill, one that even the best doctors have trouble with – it can predict when we’re going to die.

Yes, I know it’s shocking news but please, don’t have a heart attack about it, because that’s when we’ll turn it on you. Because, you see, being more specific, it can predict when patients with a heart disorder are going to clock out. And that’s a good thing.

A team from the UK’s Medical Research Council (MRC) have announced that their AI first learned how to analyse blood tests and the scans of beating hearts to spot when they were about to fail, and the MRC says the technology could help save lives by discovering patients who need more aggressive, or special, treatment. The results were published in the journal Radiology.

The researchers were investigating patients with pulmonary hypertension, a condition where high blood pressure in the lungs damages part of the heart, and where about a third of patients die within five years of being diagnosed.

At the moment there are a mix of treatments available to treat the condition which involves anything from drugs, injections straight into the blood vessels, and in the worst cases, a lung transplant. But in order for the doctors to pick the right treatment they first have to know how long the patient has to live, and that’s where their new AI buddy comes in.

The AI was given MRI scans of 256 patients’ hearts, and blood test results, and it measured the movement of over 30,000 different individual points in the organ’s structure during each a heartbeat.

When this data was combined with eight years of patient health records, the AI learned which abnormalities predicted when patients would die. Even better – it can look about five years into the future, and the result?

Well, it correctly predicted those who would still be alive after a year 80% of the time, which bearing in mind it’s a new system and even the very best doctors only get it right about 60% of the time means that, in short, it shows promise.

“The AI really allows you to tailor the individual treatment, so it takes the results of dozens of different tests including imaging, to predict what’s going to happen to individual patients very accurately,” said Dr Declan O’Regan, one of the researchers, “so we can tailor getting absolutely the right intensive treatment to those who will benefit the most.”

The team now want to test that the AI works for other patients in different hospitals before assessing whether it should be made widely available to doctors, and eventually they want to use it to help them treat other forms of heart failure, such as cardiomyopathy, to see who might need a pacemaker, or other forms of treatment.

“This exciting use of computer software in clinical practice will help doctors in the future to make sure that patients are receiving the correct treatment before the condition deteriorates and leaves them needing a lung transplant,” said Dr Mike Knapton, from the British Heart Foundation,” the next step is to test this technology in more hospitals.”

One day, however, if this single use AI works as well as it has so far then no doubt we’ll see the day come when an AI can predict when any one of us might die – whether or not we’re ill at the time, and no matter how far off it might be. After all, if it can gather and correlate enough data about you – from your environment and lifestyle, to your diet, genetic make up and health then, arguably, it could create an awesome model to predict your “estimated time of death,” and when it manages to do all that, then one day it’ll be able to give you tips on how to keep the Grim Reaper at bay…

WHY THIS MATTERS IN BRIEF When scientists edit DNA sometimes the cells natural repair mechanism undoes the modification, this new technique prevents that from happening… 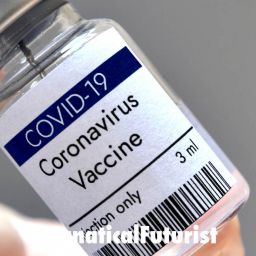 WHY THIS MATTERS IN BRIEF Exercise has undisputed benefits when it comes to helping us live longer, healthier lives but for those people with chronic…

WHY THIS MATTERS IN BRIEF The Human Cell Atlas will exponentially accelerate our understanding of disease and “the Human Condition.”   Last week in at a…

WHY THIS MATTERS IN BRIEF Smile. You won’t find these faces in the shops looking for deals…   Creating new algorithms that identify our friends…

WHY THIS MATTERS IN BRIEF Dealing with today’s technology can be cumbersome, which is why researchers think things would be better if it could simply…