As the global energy grids are connected together it becomes increasingly realistic for countries to run their entire economies on renewable energy.

The world of energy is changing. We’re moving from a point in time where we used to have to invest hundreds of billions of dollars drilling oil out of the ground, and investing more billions in power stations and energy infrastructure just to power an individuals home, to a point in time where we can stick solar panels on our rooves and disconnect ourselves from those national grids and get our electricity for next to free. Then, travelling further forwards in time all the expensive infrastructure we buried into the ground and all the ugly overhead pylons will be replaced by long range wireless power transmission systems that draw their energy from space based solar power plants and beam it anywhere and everywhere.

Back to today though and the Australian government have announced plans to export their new raw commodity – sunshine – to the rest of Asia. Australia is the world’s third largest fossil fuels exporter – a fact that generates intense debate as climate change intensifies. While the economy is heavily reliant on coal and gas export revenues, these fuels create substantial greenhouse gas emissions when burned overseas, and while the country  doesn’t currently export renewable energy an ambitious new solar project is poised to change all that.

The proposed Sun Cable project envisions a ten gigawatt capacity solar farm, with about 22 gigawatt-hours of battery storage, laid out across 15,000 hectares near Tennant Creek, in the Northern Territory. Power generated will supply Darwin and be exported to Singapore via a 3,800km cable slung across the seafloor.

Sun Cable, and similar projects in the pipeline would then let the country tap into their vast renewable energy resources, and finally give them a viable commercial alternative to exporting coal, iron ore, and gas.

Sun Cable was announced last year by a group of Australian developers, and the project’s proponents say it would provide more than one  fifth of Singapore’s power supply by 2030, and replace a large share of fossil fuel-generated electricity used in Darwin.

To export renewable energy overseas, a high-voltage (HV) direct current (DC) cable would link the Northern Territory to Singapore. Around the world, some HVDC cables already carry power across long distances. One ultra-high-voltage direct current cable connects central China to eastern seaboard cities such as Shanghai, while shorter HVDC grid interconnectors operate in Europe – with plans to connect them all together into one massive supra continental energy grid already in the works.

The fact that long distance HVDC cable transmission has already proven feasible is a point working in Sun Cable’s favour. The cost of generating solar power is falling dramatically. And the low marginal cost, the cost of producing one unit, of generating and transporting renewable power offers further advantage.

So far the only hurdle to the project has been the A$20 billion-plus cost of it, but in November last year billionaire Australian investors Mike Cannon-Brookes and Andrew “Twiggy” Forrest provided initial funding to the tune of up to A$50 million. Cannon-Brookes said while Sun Cable seemed like a “completely batshit insane project”, it appeared achievable from an engineering perspective, and now it’s expected to be completed in 2027.

It’s also hoped that the new cable will benefit local Australian high-technology companies, and the consortium behind it have already contracted with Sydney firm 5B to use their “Solar array” prefabrication technology to accelerate the building of its solar farm. The firm will pre-assemble solar panels and deliver them to the site in containers, ready for quick assembly, and then in the Northern Territory government has also shown support, granting Sun Cable “major project” status. This helps clear potential investment and approval barriers.

Researchers have found a way to turn humans into batteries 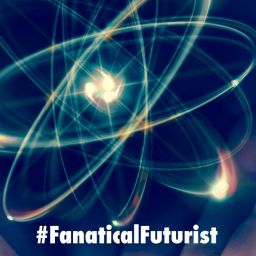 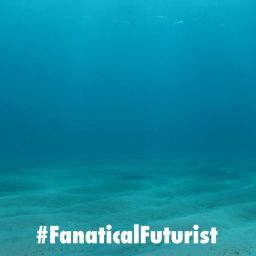