When we do eventually build a colony on the Moon the colonists will need power, this is one way to achieve that, but there are others …

While scientists at NASA want to build solar power plants in space, and take the Chinese head on, elsewhere scientists at the US Department of Energy (DoE) who recently 3D printed a working mini nuclear reactor in their lab, complete with fissionable material, have now crafted a new design for a nuclear power plant they say could help humans to colonise the moon, possibly in a NASA inspired moonbase made out of fungi, and they want it ready to go by 2026 – three years after Jeff Bezos plans on starting building his own moonbase. That said though there are challenges with generating nuclear power on the moon.

Designing this special reactor is kind of like adapting terrestrial technology to be mounted on, say, a residential sailboat. The fundamentals can be the same, but there are limitations because of the different environment. A power plant for the moon must be almost totally self-sufficient and run without the influence of gravity or Earth’s atmosphere. It has to be light and small enough that everything can be lifted into space.

Design Development Today reports that the Union of Concerned Scientists, who are surprisingly a real thing, expressed, well, concerns:

“Edwin Lyman, director of Nuclear Power Safety at the Union of Concerned Scientists, a nonprofit, said his organization is concerned the parameters of the design and timeline make the most likely reactors those that use highly enriched uranium, which can be made into weapons. Nations have generally been attempting to reduce the amount of enriched uranium being produced for that reason.”

While the Idaho National Laboratory and the DoE broadly are pushing for “advanced” reactor technology in terms of issues like modularity and safety, the “parameters of the design and timeline” they refer to -in this case advocating for a small, reliable, space-friendly design in just 6 years – almost definitely rules out the modular reactors being developed and certified now.

To fully test and regulate these reactors, and design the special edition to send to the moon in this timeframe, is probably impossible. To rush any nuclear approval is a terrible idea, not just for safety, but also for a public that’s already shy about nuclear energy, and meanwhile technology like thorium fuel which is being lined up for use in future Thorium Reactors is still far from ready for the market so while it’s also a potential candidate it’s a distant one.

Low-enriched uranium, meanwhile, is a good alternative, and it already powers many nuclear plants on Earth. But a reactor that must weigh just a few tons is more like the ones that currently power nuclear submarines and icebreakers. They use much denser fuel sources because of the size constraints.

DoE officials say the only purpose of this plant is to help power everything associated with an effort to explore the moon’s south pole. And their formal request means they’ll receive ideas from all over the existing nuclear research infrastructure, so there’s no guarantee the best solution will require highly enriched uranium at all.

Nuclear startup NuScale’s modular reactor uses low-enriched uranium, for example, but couldn’t meet the requirements for the moon without some modification and further development.

In a statement, Idaho National Laboratory says the reactor solution it hopes to find for the moon could also be adapted and applied for future Mars missions. That will present even more challenges, but Elon Musk has suggested a nuclear reactor as a propulsion system, like the ones put forward recently by Russia’s Roscosmos, to help people get to Mars. One day though maybe, just maybe, like the combination Pizza Hut and Taco Bell, we’ll end up with the best of both worlds … 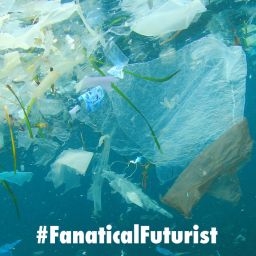