The field of artificial intelligence has been static for quite a while; AI funding started plunging in the late seventies after the US government became frustrated with the slow progress on efforts such as automated robots. The market finally collapsed in the mid-eighties, when personal computers from IBM and Apple became popular. However, things have vastly changed in the last five years. According to Bloomberg News, the amount invested in AI startups soared to more than $300 million in 2014, up more than 20-fold from $15 million in 2010.

Some people like Steve Wozniak, Demis Hassabis and Stephen Hawking are deeply concerned about the possible application of AI in the military. So much so that in July of 2015, they signed an open letter warning of the AI arms race and calling for a ban on autonomous weapons. Others, however, see artificial intelligence mainly as a threat for modern workers. Businesses are just starting to use AI systems that sense comprehend and learn to automate some of the more routine tasks that waste so much of managers’ time.  Those systems are poised to dramatically shift management roles, as we know them today.

Why is AI Booming All of a Sudden?

The biggest challenge AI system faced in the past was the need for large amounts of power, something that has been supplied in recent years thanks to the Moore’s Law. This “law” codifies the observation that if you continue to shrink the size of transistors on an integrated circuit, you will be able to cram even more of them onto a given area of silicone. Another key driver of the recent boom has been the availability of cost-effective, spacious storage for huge data sets needed to develop and train neural networks and keep them supplied with data for analysis. The Moore’s Law equivalent for storage is known as Kryder’s Law, which stated more than ten years ago that the areal density of HD drives would double every two years.

As stated in a recent Deloitte report, throughout the years, technological advances have eliminated some jobs and created others and there is no reason to suppose that this trend will not continue in the future. Furthermore, according to a 2015 YouGov survey, the fear of technology-related job loss is mainly concentrated at the lower end of the income scale. Almost 50% of people in the “under $40k” income bracket are at least a little worried they might lose their job to advancing technology, compared to less than 30% in the “over $80k” bracket.

However, if the current boom continues, there is a good chance that some white-collar workers will be affected by the rise of AI. Even medicine (the ultimate white-collar profession) is putting artificial intelligence to use. For example, IBM’s Watson for Oncology system is able to present the patient with information written in plain English, and deliver treatment recommendations with relevant links to supporting evidence. However, at this moment, AI systems are likely to augment, rather than replace human workers.

Will AI Eliminate the Need for Managers?

The short answer is no, at least not in the near future. This view is supported by a 2015 Narrative Science survey of more than 200 managers and directors, which reveals that around 80% of respondents believe that employee management software only improves employee performance and creates additional jobs. The respondents reported that response systems and voice recognition are the most commonly applied AI solutions in their companies. These smart devices and industrialized services are simply enhancing human endeavors – reviewing the customer experience and helping managers make more economic decisions.

In order to take advantage of AI, managers have to understand what skills they need to thrive in a partnership with smart devices. Most people, however, are not convinced that they will prosper in this modern workplace. As a matter of fact, according to an Accenture study, almost 60% of managers believe that their current skills are lacking. Nevertheless, most of them overlook the significance of interpersonal skills they will need to manage their people. These skills will play a big role in the future of management, seeing how managers will have to inspire their human employees and enable them to succeed.

Artificial Intelligence, primarily used in a form of deep-learning algorithms, is already widely used by many companies in different business branches. With the emergence of the big data phenomenon and the availability of computing resources, enterprises from all around the world are becoming increasingly data-driven every day. While the opinion on the effect of AI adaptation will have on the workplace culture and the job market altogether is currently divided, it is certain that artificial intelligence will continue to develop rapidly. 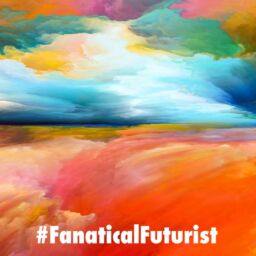 WHY THIS MATTERS IN BRIEF Creativity has long been thought of as being uniquely human, but that same human creativity… 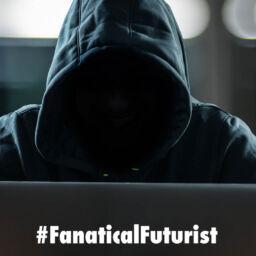 WHY THIS MATTERS IN BRIEF When you hire someone you give them money, as in a wage, and access to…