It’s fun, odd, it teaches kids to think bigger, and frankly why not …?

Everyone wants to do something to the Moon it seems – from building moonbases and 4G networks, to building nuclear reactors on its cratered surface. Now though there’s a project that sounds even more ludicrous than any of those after Moon Mark announced they’re planning on hosting the first ever race on the Moon‘s surface with remote-controlled cars designed by high school students. With the help of aerospace and motorsports experts, such as Mclaren P1 designer, Frank Stephenson, teams will design, build, land and race two autonomous lunar vehicles in 2021.

READ
Microsoft's AI has learned to generate images from captions

The first part of the project was initiated earlier in 2020, when Moon Mark launched the “Lunar race car design challenge” to high school students across the world. This open call asked students to design a vehicle that can withstand the Moon’s harsh climate, which is hot during the day and extremely cold at night. The racers can weigh no more than 11 pounds (5 kg) and have to be equipped with a WiFi module, a compact battery, an IU solar panel, a UHF radio, and a single board computer. 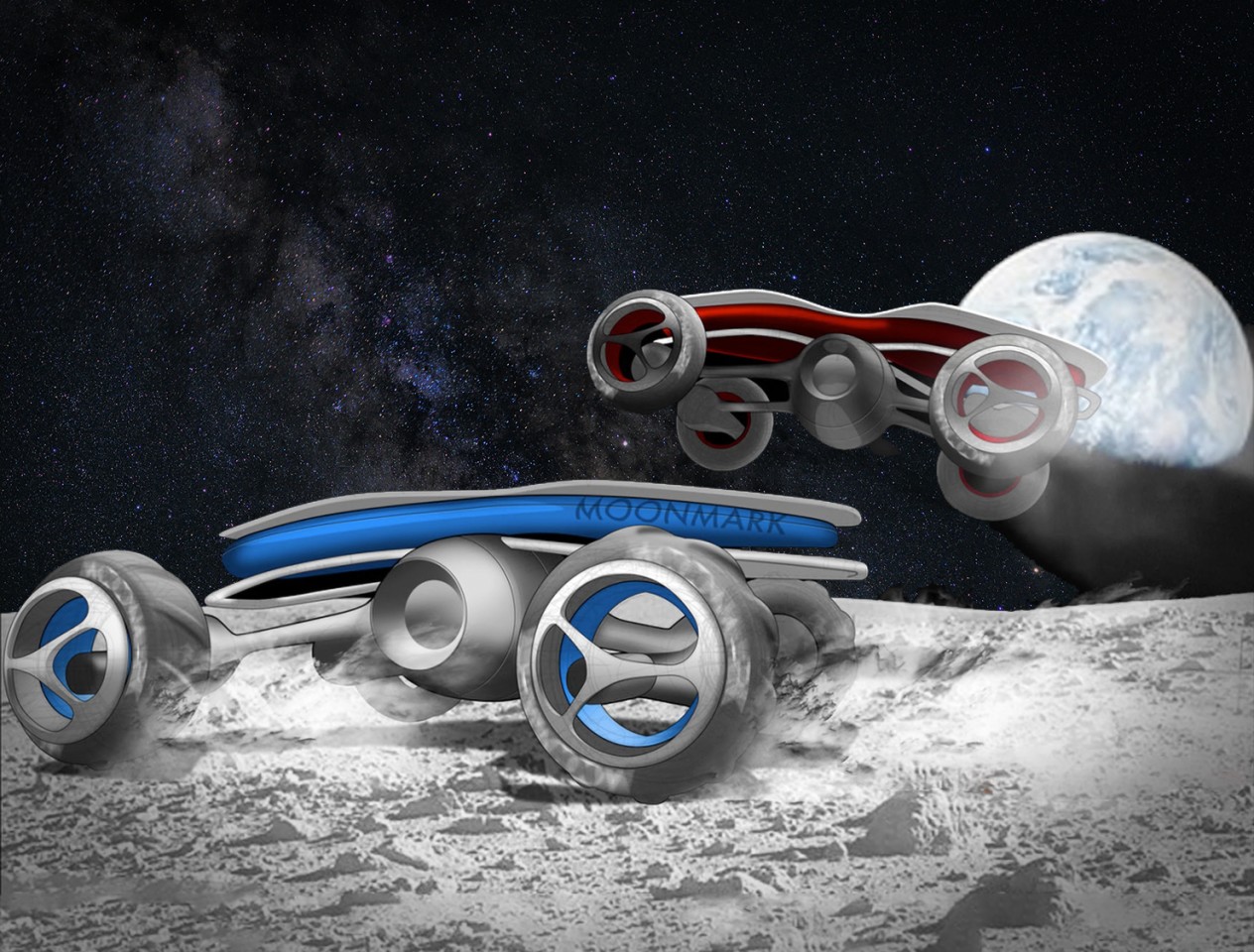 For the next part of the program, eight weeks of Earth based qualifying rounds will be held. The final two teams will complete the racer designs in Houston, Texas, with world-class expertise from Frank Stephenson and Lunar Outpost, who will help ensure the ‘space-worthiness’ of the race cars.

READ
Autonomous tractors are coming to a field near you

“This is a project helping to develop the innovators of the future, allowing them to dream big and realize that nothing is impossible. Space is a fascinating place, remaining untapped for budding designers and I’m very much looking forward to sharing some of my knowledge to those involved in this innovative project,” said Stephenson on the project.

But how will the cars actually get to the Moon? well, Moon Mark has also partnered with Intuitive Machines, who’s could become the first private aerospace company to land on the Moon. The vehicles will be loaded onto Intuitive Machines’ Nova-C lunar lander, launched from Earth on Spacex’s Falcon 9 rocket, and land in 2021. Competitors will then race their rovers remotely, navigating through harsh terrain, racing around a sphere of cameras, which will capture every aspect.

“Together Moon Mark and Intuitive Machines will create a global multi-media campaign that will feature authentic stories of each team on this journey, create traditional and non-traditional educational experiences, providing accessible content for students, teachers and the public and will brand steam education as a fun and inspirational choice for youth across the globe,” said Hagy. there will also be various opportunities for custom sponsorships, brand integrations and licensing for associated products.

WHY THIS MATTERS IN BRIEF One day aircraft will be fully autonomous, but getting there is a journey of many steps and this is one…

WHY THIS MATTERS IN BRIEF DNA computers, up until now, have been theoretical but now they’re feasible, and that’s a huge step towards the next…

WHY THIS MATTERS IN BRIEF Our futures will increasingly be dictated for us by algorithms, and that could be very dangerous for us all.  …

WHY THIS MATTERS IN BRIEF When scientists can create artificial genomes they will be able to create new designer organisms, and humans, with entirely new,…

Batteries are passé as researchers use ambient sound to charge smartphones

WHY THIS MATTERS IN BRIEF Being able to use sound to charge our gadgets is a revolutionary idea, and it’s made possible thanks to advances…

WHY THIS MATTERS IN BRIEF Now that cars are more software than hardware bugs in the code, as well as how the software is tuned,…