As Earth’s population grows by another 2 billion in the next few decades scientists are coming up with new ways to feed them and produce food in previously unimaginable ways.

Over the next few decades it’s estimated that the Earth’s population will grow by a couple more billion people, but as anyone will tell you, especially vertical farm enthusiasts, the available arable land on Earth isn’t growing.

As a consequence there are, inevitably, lots of people asking the question how we feed all these extra hungry mouths, and while there are an increasing number, and range, of technologies that help provide at least part of an answer, that range from 3D printed “food on demand,” bioreactor and lab grown “Clean Meat,” gene editing that boosts photosynthesis and even brings crops back from the dead, precision robotic agriculture, and autonomous vertical farms, to name but a few, many of these still aren’t operating at the scale they need to to turn the tide. But one day that will change… but it’s not necessarily going to be in the short term and that’s another problem.

Now though researchers from the University of Sydney, the University of Queensland and the UK’s John Innes Center have announced they’ve managed to develop and use a NASA inspired LED light technology called “Accelerated Cultivation,” that was originally designed to help astronauts grow crops in space, to dramatically accelerate crop growth, and increase yields.

More than a decade ago, NASA used the technology, known as Far-Infrared Spectroscopy, in some of their space missions to produce food. Crops that were originally planted on Earth were moved into glass houses aboard their spacecraft and the photosynthesis of the crops was enhanced using low cost LED’s and special wavelengths of light.

Lee Hickey, a researcher at the University of Queensland and co-author of the study, said that “Far-Infrared Spectroscopy is extremely important for enhancing the reproductive growth of crops and the intensity of light is also important for the robust growth of plants.”

Using their new carefully crafted LED lighting system the teams harvested six generations of barley, chickpea and wheat, and four generations of rapeseed in just one year, in sharp contrast to the two or three generations they grew in their state of the art greenhouses in the field. The teams also managed to show their new technique could be applied to amaranth, lentils, peppers, peanuts, radishes and sunflowers.

“At the moment, we are using high-pressure sodium vapour lamps in our greenhouses, which cost a lot of electricity, and in the research we showed that wheat and barley can be planted at a density of about 900 per square meter,” said Hickey.

Hickey also added that this accelerated cultivation technique not only increased crop yields but also resulted in higher quality plants. The team compared the characteristics of their plants with those grown in the greenhouses, such as the number of new shoots and grains per panicle, and found that the plants that grew the most rapidly were always better. In the past, he said, it was already possible to speed up the cultivation of plants, but it wasn’t easy to produce genuine, healthy samples.

“People say that it’s possible to cycle quickly, but plants grown in this way are normally weak and produce only a small amount of seeds, but plants produced by the new technology were more spiritual and healthier. One of our colleagues was amazed when they first saw the results. ”

“Accelerating the growth of plants over several generations may have implications for the next test and development of more climate resilient and more resilient genetic combinations,” he added, “and even though the accelerated technology does not currently include GM technology there’s huge potential for combining the two.”

“Accelerated cultivation is a ‘non-GMO’ technology used to accelerate the development of crops, which is good news for crops that are not GMO-friendly, but we showed in our research that GM and the new lighting system could be combined to speed up the cultivation process even more. I believe that the greatest achievement of accelerated cultivation techniques will be the successful integration with other plant breeding technologies such as genomics and gene editing technology, like CRISPR. ”

At the same time as the extensive testing in the laboratory, the technology has drawn the interest of the business. For example, Dow AgroSciences, an Australian company, has used similar accelerated growth techniques to develop new wheat varieties to enhance their resistance to spike germination.

“I believe you will be able to walk into the field ten years from now and point out the different types and attributes of plants that have been developed using the technology,” said Wulff.

The teams research has been published in the journal Nature Plant. 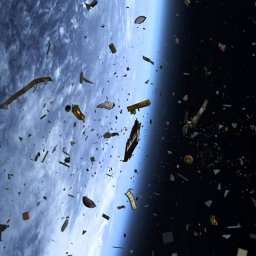