As humanity reaches for the stars and pens its plans to become an interplanetary species today’s Earth bound internet system just won’t hack it, so an alternative  is needed.

As humanity reaches for the stars, and to colonise Mars from 2024, NASA used a selfie that was sent recently from a ground station in Antarctic to the International Space Station (ISS) to demonstrate their new, “extra-robust” interplanetary space network that promises to make a future interplanetary internet faster and more reliable.

In space, wireless communication networks are critical. They function as a virtual tether, keeping astronauts and spacecraft in contact with Earth and each other, and a network failure could leave something, or someone, dangerously cut off from the resources they need to survive. Today, space missions either directly communicate with Earth or go through single relays, like an orbiting satellite, which makes them especially vulnerable to disruption.

How The New DTN System Works

While one way to combat this “single point of failure” is to introduce multiple redundant pathways, where a signal can get from one point to another via multiple routes these types of networks can be difficult to create, especially in a small network. Furthermore, the spacecraft that make up the network don’t always have a clear view of each other, so a complete, or, end to end connection isn’t always available, and today’s traditional networks need an end to end path in order to transmit their data.

Alternatively though another way to manage these breaks in availability is to let each node in the network temporarily store the data that goes through them and then wait for the best moment to pass that data along. This kind of system, which is called Disruption Tolerant Networking (DTN), allows for small interruptions in connectivity without the loss of information, and this is the network NASA just tested.

The last node simply sends the remaining bundles of data once the connection has returned, and not only does this ensure that data isn’t lost, but it also decreases the time needed to send and receive messages, as NASA illustrates in the video above.

Here’s how the picture got from Antarctica to low-Earth orbit. In late November NASA engineers took a selfie at the National Science Foundation’s McMurdo Station in Antarctica, then DTN software on a mobile phone sent the data from McMurdo ground station to NASA’s White Sands Complex in New Mexico via their Tracking and Data Relay Satellite system, a constellation of communication satellites.

From there, the data travelled through a series of DTN nodes to NASA’s Marshall Space Flight Center in Huntsville, Alabama, which was the access point to the DTN network aboard the ISS.

Once the data was beamed up to the space station it was routed to the ISS’s Telescience Resource Kit (TReK) demonstration payload where the final DTN node then re-compiled the photo for the astronauts to see.

Unlike familiar computer to computer IP connections, DTN can accommodate both temporary disruptions as well as long delays, and these conditions aren’t just restricted to space, they also happen here on Earth in remote places like Antarctica.

“The Antarctic is an excellent analogy for space operations,” said Patrick Smith, a technology development manager with the US Antarctic Program, “researchers are conducting important scientific investigations, operating in extreme conditions, with minimal infrastructure, so it’s not surprising that we are using NASA space technology to advance science in the Antarctic.”

The technology could also have applications in disaster zones, where connectivity is often limited, and while this is a breakthrough, as far as network technologies go, it now means that selfies aren’t just limited to Earth, or the US. Soon there’ll be no avoiding them. 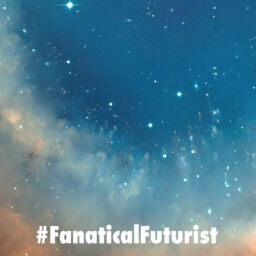 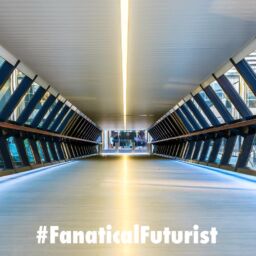 WHY THIS MATTERS IN BRIEF Hackers want to steal data and eavesdrop on communications, quantum networks make that almost impossible…. 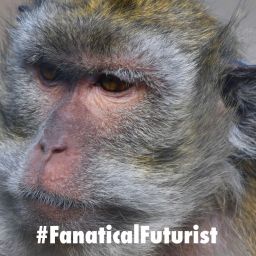 WHY THIS MATTERS IN BRIEF The increasing use of intelligent, autonomous systems is getting people spooked, so much so that…