To break free of Earth’s gravity today we use two stage rocket and launch systems, Radian One will use just one single stage to orbit system and it will help democratise access to space even more.

There are a huge number of companies now eyeing the commercialisation of space – whether it’s building space hotels or simply taking the first generations of space tourists into space for joy rides. But so far all of the launch vehicles these companies, as well as companies like Blue Origin and SpaceX use either two stage rockets or space planes launched from the bellies of commercial jet liners. All of which is costly and inefficient.

The ultimate way to get into space has always been to try to use a single stage system like the famous Aerospike rocket that can literally “do it all,” and now a new company that does just that has entered the commercial space race.

The Future of Space, by Futurist Keynote Matthew Griffin

Startup Radian Aerospace has emerged from stealth to announce it has secured $27.5 million in seed funding to develop a Single Stage To Orbit (SSTO) spaceplane called Radian One, which is designed to lift and land horizontally like a commercial plane.

The commercial space field has been growing steadily in recent years, with contractors taking over ferrying crews to the International Space Station, launching huge constellations of satellites into orbit, and even sending private missions and tourists into space. In addition, there are plans to replace the ISS with private space stations and proposals to send private missions to the Moon and Mars.

As mentioned these private ventures tend to fall into two categories for getting into space. One is to launch payloads atop conventional staged rockets. The second is to use boosters dropped from high-altitude aircraft to deliver small payloads to low-Earth orbit.

Radian Aerospace says that it plans to break this mold by developing a delta-winged spaceplane about the size of a small commercial jet air transport that will launch horizontally using a rocket-powered sled to allow the craft to conserve as much fuel as possible. Once aloft, three rocket engines put the spacecraft into orbit under a low-G ascent, for crewed missions of up to five days, before landing on any 10,000-ft (3,000-m) runway.

Why do we need two stage rockets anyway?

The company claims that the Radian One can then be refurbished within 48 hours for a return to space. Technical details of the craft have not been released, but there is a certain logic to building a launch vehicle that looks like something out of the 1951 science fiction thriller When Worlds Collide, which also featured a winged spaceship boosted by a rocket sled.

“Wings offer capabilities and mission types that are simply not possible with traditional vertical takeoff rockets,” said Livingston Holder, Radian’s co-founder, CTO and former head of the Future Space Transportation and X-33 program at Boeing. “What we are doing is hard, but it’s no longer impossible thanks to significant advancements in materials science, miniaturization, and manufacturing technologies.”

Radian Aerospace says that it has been operating in stealth mode while it secured seed funding from Fine Structure Ventures, with EXOR, The Venture Collective, Helios Capital, SpaceFund, Gaingels, The Private Shares Fund, Explorer 1 Fund, and Type One Ventures also chipping in.

The company says that it is not pursuing the tourist trade, but will focus on research, in-space manufacturing, terrestrial observation, and rapid global delivery to Earth destinations. As part of this Radian has secured launch service agreements with US and overseas governments as well as commercial space projects. 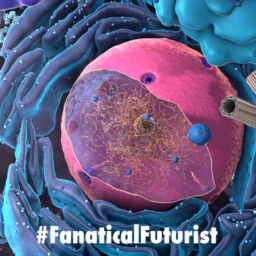 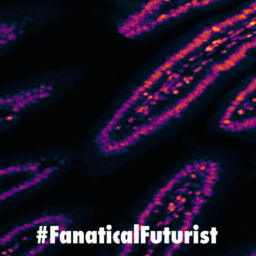