In the future space is just that place you haven’t had a holiday in yet … and startups want to change that.

The Voyager Station space hotel will produce its own artificial gravity, and onboard will be suites with toilets and showers, luxury villas, restaurants and even a basketball court – according Oribtal Assembly to the company behind the out of this world project who have announced they’ll begin building the first ever space hotel in 2025 and start welcoming guests as early as 2027. And while Orbital Assembly are positioning themselves as the future leader in space based manufacturing, when it comes to space hotels they’ve already got competition from companies like Axiom Space and Orion Span who both made their own plans public a while ago but missed their deadline of 2021.

The company’s Voyager Station will be a rotating space station that will produce artificial gravity by increasing and decreasing its rate of rotation. Gravity is essential for comfortable long-term habitation in space, and so the project has overcome this barrier by producing its own simulated gravity. As well as space tourists, the hotel is designed to welcome national space agencies conducting low-gravity research.

Learn more about the Future of Space, by Futurist Keynote Matthew Griffin

With its 200-metre diameter hub and spoke design, Voyager Station’s Outer Ring Truss (ORT) is the backbone of the space hotel. It will provide a provide mount for the hotel’s habitation modules, solar panels, radiators, and a rail transport system, and has an access tube set inside which people will use to move around.

Below the ORT are a series of connected pressurised modules that make up the Habitation Ring. Each 1,809.5 sqm module is 12 metres in diameter and 20 metres long, with two or three internal levels, depending on the facilities they house.

These include an Air Water Power (AWP) Module, Gymnasium and Assembly (GA) Module, Kitchen, Restaurant and Bar (KRB Module), Crew Quarters Module, and privately owned modules which will be used for villas, hotels, or commercial activity.

At least 12 of these modules have been designated as hotel rooms and suites, and thanks to Voyager Station’s simulated gravity they’ll be able to offer toilet facilities, showers, and beds that function similarly to guests’ experience on Earth – allowing greater comfort than a zero-gravity stay in space. The 30 sqm suites sleep two people and can be rented for a three day trip or a month.

For groups, Voyager Station will also have 500 sqm luxury villas for up to 16 people, with cooking facilities and three bathrooms. These can be booked for a week, a month or purchased outright.

Inside the hotel’s Gymnasium and Assembly module, guests will be able to experience what it’s like to play sports like basketball at one-sixth of the earth’s gravity environment, inside a seven-metre-high activity hall. On a lower level will be a gym with treadmills, weights and views looking out to the stars.

The hotel will also have a bar and a restaurant that will serve “space classics like Tang and freeze-dried ice cream”. Voyager’s restaurant will “rival the best venues on Earth.” And bi-weekly food deliveries will “ensure that every bite is fresh and delicious.”

Orbital Assembly is currently seeking investment for Voyager Station, which is a giant stride forwards in outer space accommodation due to its artificial gravity, and the elevated guest experience this would provide.

If all goes to plan, 2021 could be the year space tourism takes off, with Blue Origin, SpaceX and Virgin Galactic all planning to launch their first missions with everyday cosmonauts by the end of this year. 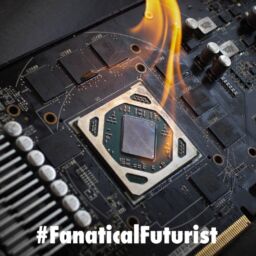 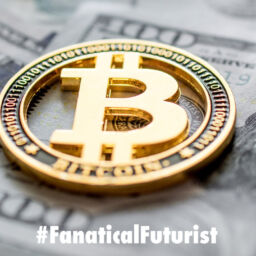 WHY THIS MATTERS IN BRIEF Most people don’t want to sell their digital assets let alone pay taxes on them,…