One day researchers hope they can do the same in Humans.

In a world first, scientists led by Kamel Khalili, director of the Comprehensive NeuroAIDS Center at Temple University, report in the journal Gene Therapy that they have for the first time successfully eliminated HIV genes from the genomes of mice and rats infected with the virus, previous attempts to use the technique to combat the HIV virus have failed.

While rodents don’t get infected with HIV in the same way that humans do, Khalili and his team engineered the animals to incorporate specific HIV genes into nearly every cell in their body, from the brain, heart, liver, kidney lungs and spleen to their blood cells. They then created a pair of molecular scissors using a gene editing technique called CRISPR to snip out the viral genes. CRISPR’s power lies in the fact that it’s precise enough to find and cut out just the viral genes, leaving the animals’ own DNA intact and furthermore the experiment also demonstrated that once the HIV genetic material had been removed from the infected cells the cells were resistant to the virus.

In previous studies, Khalili used CRISPR to snip out HIV from cells taken from HIV positive people and grown in a lab dish but proving that it works in a living animal is a huge step forward to developing the technique as a possible treatment, or even cure, for HIV-AIDS.

In the study, Khalili studied CRISPR’s ability to remove HIV from both mice and rat models, and found that overall, it was successful in cutting out the virus in more than 50% of the cells of each type. Surprisingly, he achieved this with two simple injections of the molecular CRISPR scissors into a vein in the animals’ tails.

“If this technology gets into the clinic to treat human patients, it’s not going to be very complicated. You don’t have to bring the patient to the clinic and do a bone marrow transplant or all kinds of complicated technology. You can basically apply this to any setting.”

That’s important is this technique eventually becomes a way to treat people infected with HIV, since the bulk of them live in developed countries where health care facilities aren’t always available.

Khalili says this is only one step, albeit an important one, toward that goal. He is currently conducting more studies to determine what dose and how often the CRISPR needs to be given, and monitoring for any side effects of the treatment as well. Because the CRISPR molecule targets HIV genes, it’s unlikely that they will have adverse effects on human DNA, but that’s still an unanswered question that doctors and regulators like the Food and Drug Administration (FDA) will need to know before they allow the strategy to be tested in human patients.

Still, if it’s possible to eliminate HIV from people who are infected, that could lead the way toward curing people of the disease. While anti-HIV drugs are very effective in lowering levels of the virus, they still can’t ferret out every last virus hiding, latent, in some cells and it’s those hidden reservoirs of HIV are the most dangerous . They can reactivate and cause disease years after the initial infection. But if CRISPR can eliminate them, then that would essentially cure people of their infection.

“The first step is to permanently inactivate those viruses incorporated in cells,” says Khalili, “if we can do that, and reach that level, then we may be able to functionally cure individuals or have a sterilizing cure.”

Walmart improves public safety by putting pork on the blockchain 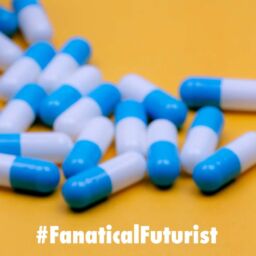 WHY THIS MATTERS IN BRIEF Over 100,000 people die and another 4.5 million people are seriously affected by poisonous animal…