As your understanding of material science improves we’re edging towards a future where materials take on sci-fi like qualities.

For the first time ever scientists at the US Department of Energy and Oak Ridge National Laboratory (ORNL) have managed to get a 2D material to cannibalize itself for “atomic sized building blocks” that it then used to make new stable nano-sized structures from. And the breakthrough moves us one step further along our long journey to create programmable materials and self-evolving Nanobots and Nano-Machines.

Among other things the demonstration, which was published in Nature Communications, provides valuable new insights that may help us improve the design of 2D materials for fast charging batteries, and futuristic re-configurable electronics, and computing systems like the unhackable Morpheus computer.

“Under our experimental conditions, titanium and carbon atoms can spontaneously form an atomically thin layer of 2D transition-metal carbide, which was never observed before,” said Xiahan Sang of ORNL. 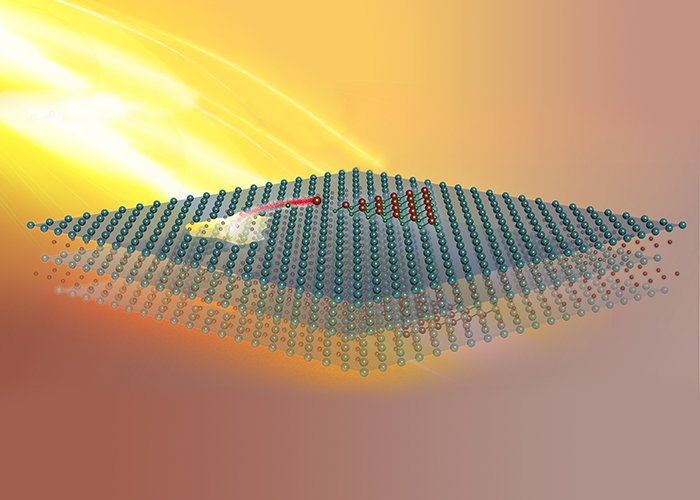 How the material re-arranges itself

“This study is about determining the atomic-level mechanisms and kinetics that are responsible for forming new structures of a 2D transition-metal carbide such that new synthesis methods can be realized for this class of materials,” Unocic added.

The starting material was a 2D ceramic called a MXene. Unlike most ceramics, MXenes are good electrical conductors because they are made from alternating atomic layers of carbon or nitrogen sandwiched within transition metals like titanium.

The research was a project of the Fluid Interface Reactions, Structures and Transport (FIRST) Center, a DOE Energy Frontier Research Center that explores fluid-solid interface reactions that have consequences for energy transport in everyday applications. Scientists conducted experiments to synthesize and characterize advanced materials and performed theory and simulation work to explain observed structural and functional properties of the materials. New knowledge from FIRST projects provides guideposts for future studies.

The high-quality material used in these experiments was synthesized by Drexel University scientists, in the form of five-ply single-crystal monolayer flakes of MXene. The flakes were taken from a parent crystal called “MAX,” which contains a transition metal denoted by “M”; an element such as aluminum or silicon, denoted by “A”; and either a carbon or nitrogen atom, denoted by “X.” The researchers used an acidic solution to etch out the monoatomic aluminum layers, exfoliate the material and delaminate it into individual monolayers of a titanium carbide MXene (Ti3C2).

The ORNL scientists suspended a large MXene flake on a heating chip with holes drilled in it so no support material, or substrate, interfered with the flake. Under vacuum, the suspended flake was exposed to heat and irradiated with an electron beam to clean the MXene surface and fully expose the layer of titanium atoms.

MXenes are typically inert because their surfaces are covered with protective functional groups – oxygen, hydrogen and fluorine atoms that remain after acid exfoliation. After protective groups are removed, the remaining material activates. Atomic-scale defects – “vacancies” created when titanium atoms are removed during etching—are exposed on the outer ply of the monolayer.

“These atomic vacancies are good initiation sites,” Sang said. “It’s favorable for titanium and carbon atoms to move from defective sites to the surface.” In an area with a defect, a pore may form when atoms migrate.

“Once those functional groups are gone, now you’re left with a bare titanium layer that’s free to reconstruct and form new structures on top of existing structures,” he added.

High-resolution STEM imaging proved that atoms moved from one part of the material to another to build structures. And because the material feeds on itself, the growth mechanism is cannibalistic.

Most of the time, only one additional layer [of carbon and titanium] grew on a surface. The material changed as atoms built new layers. Ti3C2 turned into Ti4C3, for example.

READ
Perfect fitting one size fits all clothing has arrived

“These materials are efficient at ionic transport, which lends itself well to battery and supercapacitor applications,” Unocic said. “How does ionic transport change when we add more layers to nanometer-thin MXene sheets?” This question may spur future studies.

“Because MXenes containing molybdenum, niobium, vanadium, tantalum, hafnium, chromium and other metals are available, there are opportunities to make a variety of new structures containing more than three or four metal atoms in cross-section,” Yury Gogotsi of Drexel University added. “Those materials may show different useful properties and create an array of 2-D building blocks for advancing technology.”

The title of the paper is “In situ atomistic insight into the growth mechanisms of single layer 2-D transition metal carbides.”

WHY THIS MATTERS IN BRIEF Being able to re-use rockets cuts the cost of launches down by a hundred fold, paving the way for cheaper,…

WHY THIS MATTERS IN BRIEF Every job is a combination of different competencies but most training courses only focus on a few, now AI can…

WHY THIS MATTERS IN BRIEF As gadgets demand for power increases charging times will increase, this new thin film battery will charge your gadgets faster… 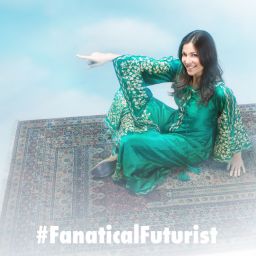 WHY THIS MATTERS IN BRIEF Human ingenuity knows no bounds and the world’s mini “flying carpet” is proof of that.   Love the Exponential Future?…