WHY THIS MATTERS BRIEF

Chemistry is the basis and foundation of everything on Earth and being able to predict the outcomes of new chemical reactions will help industries create new compounds and new materials faster than ever before.

By thinking of atoms as letters and molecules as words an Artificial Intelligence (AI) from IBM is now using the same neural network techniques that other AI’s use to translate between different languages to predict the outcomes of organic chemical reactions, and the breakthrough could help speed up the development of new drugs.

READ
AI is helping create realistic "Fake news!" videos and it's going to be a problem

Scientists have been trying to teach computers about chemistry for decades in the hope that one day they’ll be able to help them discover and predict the outcomes of chemical reactions but organic chemicals can be extraordinarily complex, and past simulations of their behaviours have been at best time consuming and inaccurate.

Now though the team at IBM, and their new AI have tried a different technique to solve this thorny problem.

“Instead of translating English into German or Chinese, we had the same artificial intelligence technology look at hundreds of thousands or millions of chemical reactions and got it learn the basic structure of the ‘language’ of organic chemistry, and then we had it try to predict the outcomes of possible organic chemical reactions,” said the study’s co-author Teodoro Laino from IBM Research’s lab in Zurich.

Synthesising pharmaceuticals and other complex organic compounds is often a difficult task that often requires between at least thirty of forty steps, and as a result there’s a huge amount of effort being put in by the private sector to try to skip a couple of steps and find short cuts, the benefit being that companies can discover more viable compounds that produce higher yields, faster and cheaper – a utopian vision for every company in the space.

The new AI is based on a neural network where artificial “neurons” are fed training data and then have to cooperate with each other to solve a problem, such as translating a sentence. The network then repeatedly adjusts the connections between its neurons to see if these new patterns are better at solving the problem and, over time, the network discovers which patterns work best. Elsewhere in the world of AI Google DeepMind, one of the world’s most formidable AI research companies, recently used a very similar technique to create a completely new class of AI, AlphaGo Zero, that learns by itself, without the need for any human input, and that can “create its own knowledge.” A truly staggering feat and a revolutionary breakthrough that will redefine the future of AI everywhere… and elsewhere MIT are using a similar technique to build an AI that can discover futuristic new materials faster.

“[Our AI] reasons and learns by analogy, which is very similar to what top pro organic chemists do in real life,” said Laino.

Just as a child who grows up speaking a language may not know the rules of language work but still knows how to speak it the new AI, similarly, never has to actually learn the rules of how organic chemistry works. Nevertheless though that doesn’t stop it from making what’s turned out to be accurate predictions about the outcomes of chemical reactions. And in cases where it thinks a chemical reaction might have more than one outcome, it will provide multiple solutions ranked according to likelihood.

“It’s achieved accuracies of up to 80 percent,” said study co-author Philippe Schwaller, and so far, the largest molecules it’s had to deal with have been about 150 atoms.

“There’s no theoretical reason why we can’t work with longer molecules if needed,” adds another study co-author Théophile Gaudin.

As for what the future holds though, well the team plan on, one day, making it available to anyone who wants to try it as a cloud service.

“We also want to reach accuracies of 90 percent or even above. One way to do that is instead of having just a general organic chemistry model, we have more specialised models focused on specific classes of organic chemical reactions,” says Gaudin. And in the future the researchers might even start including factors such as temperature, the effect of solvents, and pH into the chemical reactions as the AI learns. However, given the complexities of some of these reactions the team say that the results would have to be double checked very carefully to make sure they’re accurate.

“We also want to conduct social experiments where we find experts in organic chemistry and see how our model competes against them,” said Gaudin, adding, “we didn’t create this tool to replace organic chemists, but to help them.”

WHY THIS MATTERS IN BRIEF Poker is unpredictable, and noone predicted an AI would beat four of the world’s top players – not even its… 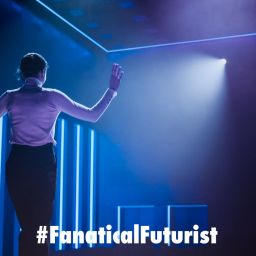 WHY THIS MATTERS IN BRIEF Many cities around the world, including London, are struggling with high pollution levels which affect the health of their citizens,…

WHY THIS MATTERS IN BRIEF New synthetic proteins, that are artificially made and unseen in nature, could usher in a healthcare revolution and open the…