Many countries have tried to develop miniaturised nuclear reactors for space flight applications, but Russia’s by far the closest.

Elon Musk wants to travel to Mars using SpaceX’s planned monolithic rocket booster, the Big Falcon Rocket. Meanwhile, on the other side of the world in Russia, Vladimir Putin is planning on getting to the Red Plant with a nuclear powered spaceship that looks like something out of James Cameron’s Avatar.

The Russian state sponsored space agency, Roscosmos, unveiled plans to build a spacecraft that would be powered by an onboard nuclear reactor and fly using nuclear thermal engines. This proposed vessel has been touted with the ability to sustain a crew in space without the need of harnessing solar energy, which has often been posed as a possible solution for interstellar travel. Dan Kotlyar, an assistant professor of nuclear radiological engineering at the Georgia Institute of Technology says that “nuclear powered engines could bring about a new era of solar system exploration.”

“Nuclear thermal propulsion (NTP) systems offer the greatest versatility for near-term deep space missions such as NASA’s planned Mars and near Earth asteroid missions,” he explains. “Due to their superior energy density, these systems have nearly twice the efficiency of the best chemical engines paired with comparable thrust levels.”

Based on the brief video, it appears that the proposed vessel would power its life-support systems using a nuclear reactor and also make use of nuclear engines.

Simply put, nuclear engines may simply be better than the traditional chemical engines used by SpaceX rockets. They use a nuclear reactor to heat up a propellant, like liquid hydrogen before blasting it through a nozzle, and space agencies have been working on using one for decades.

NASA’s Project Rover program started in 1955 and lasted until 1973, which led to the development of 20 different reactors. Most recently the American space agency has revived the Nuclear Engine for Rocket Vehicle Application (NERVA) with help from BWX Technologies in an attempt to cut down future travel times between Earth and Mars.

Russia is no stranger to this research either. Aside from Tuesday’s announcement by Roscosmos’ nuclear propulsion team, the former Soviet Union was found to have been testing an engine similar to NERVA up until right before it fell in 1991.

“Nuclear thermal propulsion systems have a long and prolific history of research and development,” said Kotlyar. “Despite the major advancements made in the Rover program, much work is yet to be done to create a working nuclear thermal rocket for NASA’s current planned Mars missions.”

Space is, as you may have heard, is a sub-optimal environment for the human body. It can kill us instantly if we don’t protect ourselves, and can also wear us down slowly, even if we’re safely aboard the International Space Station (ISS). To live in the great unknown we need a constant supply of electrical energy to maintain the devices that keep us alive up there.

Aside from regular resupply missions, the ISS has acres of solar panels that soak up the Sun’s beams to produce 84 to 120 kilowatts of electrical power, which it stores in batteries. Roscosmos wants to replace all of that with a nuclear reactor, which might be possible but could, obviously, be dangerous.

Meanwhile NASA has already developed miniature nuclear reactors, named KRUSTY, that it envisions powering its eventual space outposts. Each is capable of providing 10 kilowatts of power, enough to run several average households. So roughly ten of these small reactors could produce the same energy as the ISS’s massive solar panels. That’s great, but safety is still a concern.

While the process of creating nuclear energy on Earth has become mostly safe, cramming a crew onto a spaceship that’s powered by radioactive materials is obviously untested. That said, Roscosmos’ render presents an alternative vision for long distance space travel that is far more plausible than the Avatar like aesthetic would have you believe. 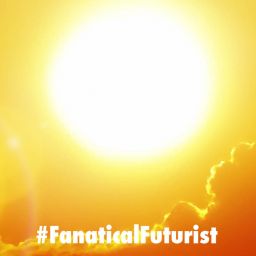 WHY THIS MATTERS It is inevitable that more of the world’s military platforms will become autonomous, and America’s submarines are… 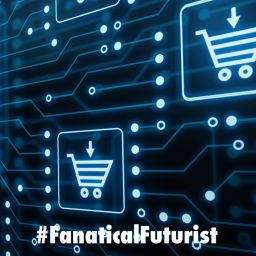 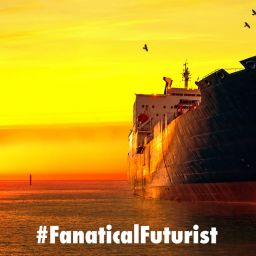 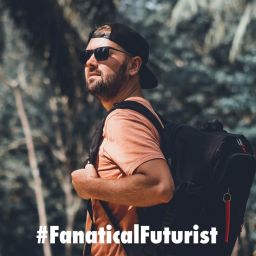