Deepfakes mean actors and celebs no longer need to travel to filming locations in order to appear in videos – is this the start of a trend?!

DeepFakes have been hitting the headline more and more as the technology matures – whether it’s Elon Musk bombing Zoom calls, Stallone and Schwarzenegger appearing in Dumb and Dumber, Tom Cruise acting out, or David Beckham spontaneously managing to talk in twenty different languages. And now, for all its good points and bad points, and after students in Singapore rented their faces out to a DeepFake company called HourOne, Die Hard star Bruce Willis is apparently the star of a new series of commercials for Russian phone carrier and internet provider MegaFon. Well, except he isn’t… a Deepfake of him is.

As reported by Russia Beyond, MegaFon utilized this face generating technology to digitally put Bruce Willis’ face over another actor, all while Willis was safe at home in the US. Russia Beyond notes that he did receive an “unannounced fee for the licensing of his facial features and the use of his Die Hard character in the marketing campaign.” Russian advertising market experts estimate this payment could be between $1 and $2 million.

“The image of [Bruce Willis’] ‘Die Hard’ character in the series will be created with the help of the [DeepFake] technology, which is based on neural network algorithms. To make this happen, the engineers of the Deepcake Studio selected a large volume of photos and videos featuring the celebrity. They had 34,000 units of content which were used by the neural network to create the image of Bruce Willis’ character,” said Vasili Bolshakov, Director for Brand and Marketing Communications at MegaFon.

Bolshakov also notes that using Deepfakes of actors instead of bringing them overseas is a much safer way to do things in a time where the COVID-19 pandemic is still a huge problem.

“We realized that we can deliver high quality content without becoming hostages of restrictions the pandemic put on movement around the world. The use of technology allows to shoot content faster and cheaper compared to when there is an involvement of celebrities on the set,” said Bolshakov.

You can see the commercial for yourself here, and Bolshakov says that he and his team aren’t trying to mislead anyone with this new project and that he believes seeing Bruce Willis “as we remember him” is a great thing for fans.

“We openly declare the technology we use and do not mislead anyone. On the contrary, we believe that seeing Bruce as [we remember him] from ‘Die Hard’ and ‘The Fifth Element’ in a new role is a great opportunity for all of us,” said Bolshakov.

This particular campaign is said to consist of 15 episodes, and the first one was directed by Russian musician and filmmaker Ilya Naishuller, who also directed the film Nobody.

WHY THIS MATTERS IN BRIEF The future of entertainment is going to be much weirder than you think, and in… 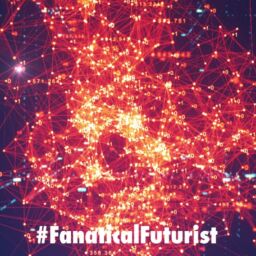 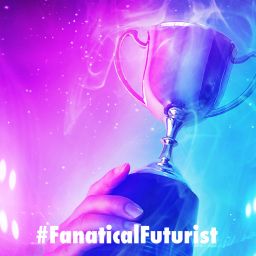