Russia’s Navy could be the first to field hypersonic weapons

The future of warfare will be autonomous and fast, and Russia could be the first to field hypersonic weapons.

The Russian Navy have announced that they will be the first to field a hypersonic weapon system, according to a prominent military analyst. The navy will test its new Zircon missile sometime next year, a missile that can allegedly fly at speeds in excess of 6,000 miles per hour. Zircon could be used to launch lightning fast strikes against targets on land or enemy battle groups at sea – including US aircraft carriers – and knock them out in minutes.

Naval authority H.I. Sutton, writing at Forbes, reports that the first launch of the Zircon missile from a submarine is set for next year. The test will take place onboard the Russian Navy’s new submarine K-561 Kazan. Sutton believes Russia is sufficiently advanced in hypersonic missile technology that it will be the first to field operational hypersonic weapons.

Hypersonic weapons are weapons that travel between Mach 5 and Mach 10, and Zircon will reportedly fly at Mach 8, or 6,138 miles an hour. Zircon likely uses a scramjet, short for “supersonic combusting ramjet,” for propulsion. A scramjet is an air breathing engine that takes in air at supersonic speeds, allowing it to work efficiently at high Mach numbers. Scramjets require their hosting body to be already moving at supersonic speeds to work properly, so Zircon uses a rocket booster to exit the submarine and accelerate to speeds where the scramjet can take over.

READ
Futurist on TV: The Future is Now, RT Documentaries

Russian sources state that Zircon’s maximum altitude is 100,000 to 130,000 feet. Reaching max altitude, Zircon could then fly straight at its target in a shallow dive. At more than six thousand miles an hour, Zircon files a hundred miles in less than one minute. The powerful SPY-1 radar on US cruisers and destroyers can detect a warhead at 192 miles, giving a US  carrier strike force less than two minutes to detect, track, and shoot down an incoming Zircon missile.

If on the other hand Zircon enters a steep dive and then flies low like other cruise missiles, it could prove unstoppable to many navies. Assuming Zircon flies at an altitude of 200 feet, about typical for a cruise missile, a surface ship will detect Zircon at a distance of just 34 miles. In that scenario, the targeted ship has less than twenty seconds to down the incoming Zircon missile. That’s hardly enough time for the defending ship commander to process what is happening, let alone launch missiles to shoot the incoming hypersonic missile down – and this is also why US researchers are suggesting the development of Artificial intelligence (AI) based fully autonomous defence systems… which could be an incredibly dangerous development and escalation.

All is not lost, however. Defenders can buy back time against the hypersonic threat by placing their radar at a higher altitude, detecting missiles like Zircon at greater distances. Another helpful measure would be to automate the ship’s defense system, allowing an artificial intelligence to respond to threats automatically and without a “man in the loop,” which is a risky proposition if fighting takes place where civilian ships and planes might be present.

Zircon is likely armed with both conventional and nuclear warheads, the latter particularly useful targeting enemy fleets. Missiles moving at Mach 8 are difficult to steer, and a conventionally armed Zircon aimed at a moving ship could miss its target entirely.

One way to solve this is to arm the missile with a nuclear weapon. During the Cold War, Soviet anti-ship missiles were capable of carrying nuclear warheads, making them capable of knocking out an American aircraft carrier with one near-miss. Facing the same adversary, the Russian Navy could elect to also arm Zircon with nuclear weapons. It’s important to note that Russian President Vladimir Putin announced Zircon in 2018, along with five other weapon systems, all of which will carry nuclear weapons.

Another worry is that Zircon could be used to conduct so-called “decapitation strikes” against the US government, crippling its ability to retaliate in a nuclear war. The “decapitation” scenario involves Russian submarines launching a surprise nuclear cruise missile attack, levelling Washington D.C. before the civilian leadership can give the order to retaliate.

The US government is already concerned enough with the threat of low-flying subsonic cruise missiles to field the Joint Land Attack Cruise Missile Defense Elevated Netted Sensor System, or JLENS. JLENS consists of two radar-equipped aerostats anchored at 10,000 feet above the East Coast, keeping watch against low-flying cruise missiles. How the US government would defend against a hypersonic decapitation strike is unknown.

WHY THIS MATTERS IN BRIEF Neural interfaces that let us communicate with each other and the machines around us, as well as stream our thoughts… 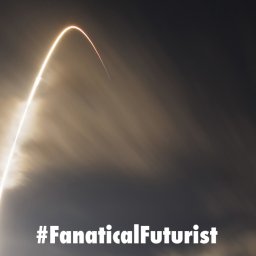 WHY THIS MATTERS IN BRIEF A rocket that consumes itself for fuel could dramatically reduce the cost of future satellite launches.   A team of…

WHY THIS MATTERS IN BRIEF There are many ways we can modify our atmosphere but microwave manipulation produces some of the most extreme results.  …

WHY THIS MATTERS IN BRIEF Cyber attacks are becoming the pandemic of the 21st Century, and as the number of AI fuelled cyber attacks increase…