GPS signals are often unreliable and they don’t reach every part of Earth, such as the deep oceans, this breakthrough replaces GPS everywhere.

Over the past year I’ve been increasingly discussing how researchers around the world, from the US to China, have been experimenting with quantum sensors and other quantum technologies to develop products that can replace today’s global GPS system. And this week UK scientists announced they’ve built the world’s first Quantum compass – a “tamper proof navigation device” that doesn’t rely on GPS, after millions of pounds in funding from the UK Ministry of Defence (MoD).

Unlike today’s modern GPS satellite systems which can be spoofed by criminals and state sponsored actors, to send, for example, cargo ships like the ones I discussed a while ago whose GPS’s were spoofed to show them sitting 32km inland at an airport, the quantum compass, a world first, can pinpoint the exact location of anything on Earth in a way that cannot be interfered with – because it does not rely on external satellites.

“[The device] is completely self-contained,” said Joseph Cotter, a researcher at the Centre for Cold Matter at London’s Imperial College London, which built it. “It’s particularly useful if you want to navigate a large ship or autonomous vehicles over long periods of time, without having to send or receive any other signals to know where you are.”

The UK MoD has been pumping money into building an independent navigation device for the past couple of years now because it sees particular use for it on its nuclear submarines, which need to navigate with stealth without any communication with the outside world. Even though GPS is the de facto global navigation system its reliance on space satellites means it can be blocked, intercepted or masked. In particular, it is extremely vulnerable to deliberate disruption or attack.

“Satellites can lose signal sometimes due to the space environment or tall buildings, or they can be taken down maliciously, if someone tries to turn them off or they can be spoofed so you think you’re somewhere you’re not,” said Cotter. “And it’s not possible to get a GPS signal everywhere on Earth,” he added, for example, underground in caves or in the deepest parts of the ocean – where submarines like to operate.

The quantum compass, which is a form of quantum accelerometer, works by measuring how an object’s velocity changes over time. Although precise accelerometers exist in devices such as your smartphones and computers they have to be regularly recalibrated and can only be used to navigate for up to a few hours at a time.

Imperial’s compass, which is based on research conducted on one of the universe’s coldest objects – an aluminium disc that was cooled down last year to just millions of a degree above absolute zero, the point at which all molecular movement stops that then lets scientists more accurately analyse a materials “quantum states,” is itself super cooled and held at near absolute zero. In this hyper-cold state, a powerful custom made laser is then used to control and manipulate it, and the itself laser, designed by Glasgow-based company MSquared, took nearly three years to develop.

“Pirates are now sophisticated enough to cause disruptions to ships, and lure them to rocks or take over and board them, by disrupting GPS,” said Graeme Malcolm, founder and CEO of MSquared. “They can be an even bigger issue in areas of defence and security, where the resilience and security of cities, countries are impacted. This new device is an absolute reference that goes down to the level of atoms.”

Funding for the navigation device came from the MoD’s research arm Defence Science and Technology Laboratory (DSTL) along with the Engineering and Physical Sciences Research Council and Innovate UK.

Quantum research was identified by the UK government as a priority in 2013, with a focus on military technologies. Since then, through the UK National Quantum Technologies Programme, it has invested £270m into projects in this area over five years. 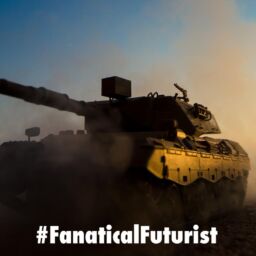 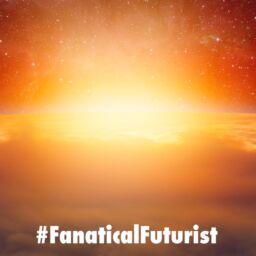 WHY THIS MATTERS IN BRIEF Solar panels are affected by cloud and other environmental conditions like dust, but in space…

How self driving cars see the world (Video)

Driverless cars are hitting the roads in cities all over the world, but just how much do you know about how… 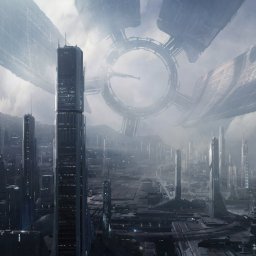