Fusion energy holds the promise of being able to provide humanity with limitless clean energy but controlling the energy that powers the stars is no easy feat, little by little though scientists are getting there.

The UK’s newest fusion reactor, ST40, was switched on for the first time earlier this year has achieved “First Plasma,” and successfully produced a scorching blob of electrically charged gas, also known as plasma, within its core.

By 2018 the team behind Britain’s “Star in a Jar” want to heat it up to 100 million degrees Celcius (180 million F), or seven times hotter than the center of the Sun which is this particular reactor’s Fusion Threshold – the point at which hydrogen atoms can begin to fuse into helium, unleashing, it’s hoped, near limitless, clean energy in the process.

“It is an important day for fusion energy development in the UK, and the world,” said David Kingham, CEO of Tokamak Energy, the company behind ST40, “we are unveiling the first world-class controlled fusion device to have been designed, built and operated by a private venture. The ST40 is a machine that will show fusion temperatures – 100 million degrees – are possible in compact, cost effective reactors. This will allow fusion power to be achieved in years, not decades.”

Nuclear fusion is the process that fuels our Sun, and if we can figure out a way to achieve the same thing here on Earth, it would allow us to tap into an unlimited supply of clean energy that produces next to no carbon emissions.

Unlike nuclear fission, which is achieved in today’s nuclear reactors, nuclear fusion involves fusing atoms together, not splitting them apart, and it requires little more than salt and water, and primarily produces helium as a waste product. But as promising as nuclear fusion is, it’s something scientists over the years have struggled to achieve because the process involves using high powered magnets to control plasma at ridiculous temperatures for long enough to generate useful amounts of electricity, which, as you can imagine, is far from simple.

Over the past year there have been some big wins. Scientists from MIT broke the record for plasma pressure last October, then in December, South Korean researchers became the first to sustain ‘high performance’ plasma of up to 300 million degrees Celsius (540 million degrees Fahrenheit) for 70 seconds. And in Germany, a new type of fusion reactor called the Wendelstein 7-X stellerator was able to demonstrate it could successfully control plasma.

That all said though, and while substantial progress is being made, we’re still a long way off being able to put all those pieces together to create a working, commercially viable fusion reactor that can generate plasma at the temperatures required for fusion to occur, and then harness it long enough to generate energy.

ST40 is what’s known as a Tokamak Reactor, which uses high powered magnetic coils to control a core of scorching plasma in a toroidal shape, and now that the team have managed to generate first plasma they want to install a full set of magnetic coils and use them to generate their next milestone temperature of 15 million degrees Celsius (27 million F).

Then, in 2018, the team hopes to achieve the fusion threshold milestone with their ultimate goal to provide clean fusion power to the UK grid by 2030. However, whether or not they will be successful remains to be seen and they still have a long road ahead of them so watch this space. 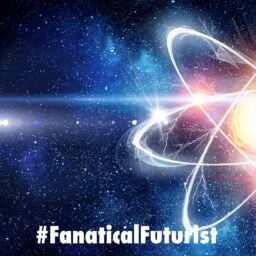 WHY THIS MATTERS IN BRIEF Artificial intelligence can do great good, or great evil   Speaking at the launch of… 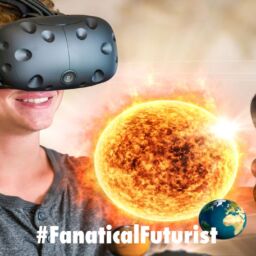