As we investigate new ways to feed the planet some of the breakthroughs in food production are “unconventional.”

If you’ve been reading my blog for a while you should have heard of clean meat by now – the ability to produce meat, real meat such as beef, chicken, duck, and even salmon and tuna, without the animal using little more than stem cells and a bioreactor. But now, in a feat that has biblical overtones, a California startup claims to have developed a technology that can create “meat” from thin air. So, is this latest artificial meat product the ultimate solution to the environmental catastrophe the world’s growing meat consumption poses, or a pipe dream that will never make it beyond the lab?

The air-based “meat” comes from a company called Air Protein and is based on an idea conceived by NASA in the 1960s as a possible way to feed astronauts in space – the same astronauts who, by the way, are now 3D printing beef in space. The original basic concept was that CO2 breathed out by astronauts could be converted into nutrients by microorganisms called hydrogenotrophs.

How to make meat from thin air…

By cultivating these microbes inside fermentation tanks and feeding them a mix of carbon dioxide and various other nutrients, Air Protein has now shown it can produce an ingredient that is 80% protein. The end-product has the appearance of a pale brown powder and is said to have a “neutral flavour,” and while calling it meat might be a lot more than a bit of a stretch the company says it could be blended with other ingredients to create meat alternatives or used as a supplement in protein bars or shakes.

Most meat-free meats are based on soy or other plant proteins, which have their own land-use footprint. This new breakthrough though would have the environmental advantage of being made inside fermenting units, the company says.

Bruce Friedrich, co-founder and executive director of the Good Food Institute, a non-profit organisation that promotes plant-based alternatives to conventional meat, said the basic idea appeared “very realistic and scalable. The basics of the science indicate that this should be possible and, if so, extremely impactful as a part of the solution to the harms of industrial animal agriculture,” he says. “It’s too early to say for sure which alternative proteins will be best for environmental concerns, but all of them solve the colossal problem of antibiotic resistance, which is as big of a threat to the world as climate change.”

The success of Greggs’ vegan sausage roll and the meatless Impossible Burger show there is a growing demand for meat alternatives. But the question of whether meat grown in bioreactors or chicken burgers grown from microbes will prove most popular ultimately depends on cost and taste which are both improving.

In the case of Air Protein, consumers may soon have a chance to judge for themselves. The company is deciding on “the right first food to bring to market” with a view to announcing a product next year. 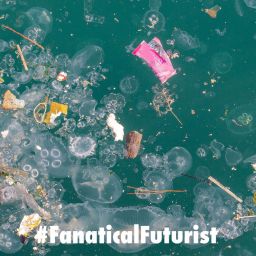 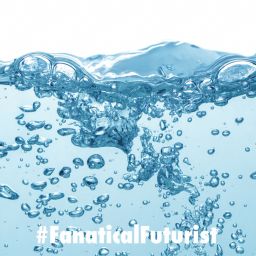 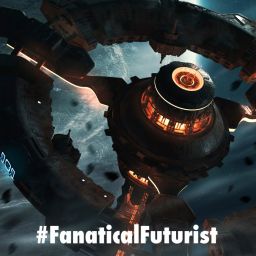 WHY THIS MATTERS IN BRIEF One day we will build megastructures in space, but first we have to figure out…