Today AI’s that are involved in film production are, for the most part, really awful, but over time they’ll improve and one day they’ll go head to head with the best human directors.

Benjamin is a genius who may have created a film that’s going to be a “cringe classic” for years to come because a new film that’s just come out called Zone Out has all the makings of one. Hilariously bad dialogue, an absolutely bizarre plot line, distorted characters, an ominously sappy soundtrack and, to wrap it all up, just the best demonic robot laughing you’ll ever hear. If you’ve ever wondered what the end of the world will sound like, then I’m pretty sure that that robotic laughter is it. But Benjamin isn’t alone, and it isn’t the first of its kind either – in 2016 an AI called Eclipse won an award at Cannes Lions Film Festival for its own short film, all be the fact it created it in a different way.

But there’s something else that’s special about Zone Out, something that will make it stand out above everything else, and something that will ensure the film becomes a classic. You see, Benjamin, the film’s director, is not a human, or a collective, Benjamin is an Artificial Intelligence (AI) that wrote, scored, constructed, directed, and edited the entire film. By itself.

Watch it if you dare

The idea was the brainchild of Los Angeles based director Oscar Sharp and Ross Goodwin, a creative technologist at Google. The pair had previously used Benjamin to make another short film, Sunspring. In that film, they used real actors and Benjamin carried much less of the load, but this time, they decided to let Benjamin do just about everything.

Sharp told Wired, “What I was really trying to do is attempt to automate each part of the human creative process to see if we learn anything about what it really is to be a human person creating films.”

Like the last time, the short film was created as an entry in the Sci-Fi-London 48-Hour Challenge, which demands that the film be produced in 48 hours while adhering to specific prompts. Thus, we get contorted faces, an incoherent story, incomprehensible dialogue including “There must be some business in my compass” and casual exchanges like: “Are you sure you need a problem?” “I’m not certain, I don’t remember the loss of a substance.”

Sharp and Goodwin provided Benjamin with entire films from the public domain to learn from, including classics such as The Last Man on Earth and The Brain That Wouldn’t Die, to which it added faces of the actual human actors from Sunspring using face swapping technology and dialogue using voice generation technologies.

The programme also wrote the screenplay, put together the footage, and created the melancholic piano score, and while, I think you’ll agree, the film is very very bad, it also marks the first time an AI has put together a movie, and it certainly won’t be the last. However, as AI’s continue to develop and advance at a dizzying rate, in creation terms going from very bad black and white grainy images of people, for example, in 2012 to being able to create striking high resolution images of fake celebrities, and more, in 2017, as well as starting to achieve the ability to let people build their own movies by just writing plain text, don’t expect it to be decades before another AI like Benjamin is able to put together something you’ll actually like to watch… 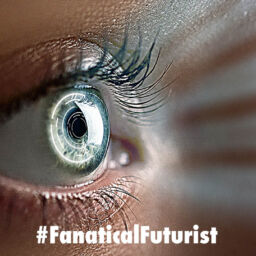 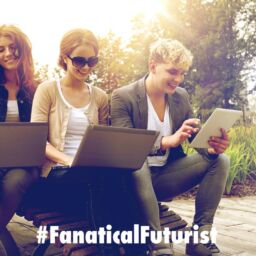 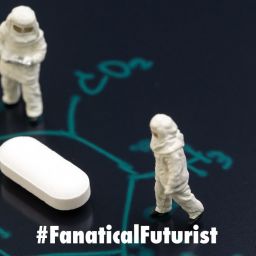