Artificial intelligence can already translate hundreds of languages but now we might be seeing the first signs of the creation of the world’s first Universal Translator.

We’ve been using Artificial Intelligence (AI) to help us develop facial recognition systems that we can use on whales now for a while, but do you talk Dolphin? Well, if Swedish startup Gavagai AB, and their AI language technology company, which was born out of the Swedish Institute of Computer Science, and who’ve already mastered over 40 human languages, gets its way, then you might soon.

Furthermore, at the rate that AI is advancing I also wouldn’t rule out the fact that we might soon, read that as within the next ten years, be able to have two way conversations with them. Imagine that. And, if we did then I can already imagine pods of dolphins beaching themselves to avoid everyone telling them about what happened in the latest Game of Thrones episodes. Poor critters, maybe we should scrap this idea now before it’s all too late…

Anyway, now, researchers from the KTH Royal Institute of Technology are teaming up with Gavagai to tackle the language of dolphins in a project that’s going to involve both decoding the thoughts of dolphins, and finding new ways to improve Gavagai’s AI language analysis system.

Initially the teams will monitor and record a pod of Bottlenose Dolphins behaviours and sounds at a local wildlife park using Gavagai’s system, and, if all goes according to plan, over time they hope to compile a dictionary of dolphin language. And as for their confidence? Well, given the fact that we’re already using AI’s to do some pretty remarkable stuff, such as decoding the human brain in order to pull information out of people’s heads that ranges from everything from actual images to streaming movies, as well as using it more mundanely to translate any language into any other language, as well as create new ones, they should stand a good chance.

However, as with any such analysis their ability to decode dolphin language is also going to rely in part on their ability, like the above, to merge different complex signals and tells together, for example, the dolphins behavioural cues with their resulting actions, so that they can derive “meaning,” and that’s going to be tricky. That said though we’ve done harder things in the past so this could turn out to be a cake walk.

“We hope to be able to understand dolphins with the help of artificial intelligence technology,” said KTH adjunct professor and Gavagai co-founder Jussi Karlgren, “we know that dolphins have a complex communication system, but we don’t know what they are talking about yet and our hope is that we manage to complete the project by 2021.”

Understanding dolphin language might sound like kind of a strange goal, but in context it makes sense, and, as a Marine biologist myself (isn’t everyone?) I’ve been waiting for this type of project for years. Of course, zoologists would benefit from the breakthrough, and we could then try to expand it to other animals, but so would businesses, who are increasingly turning to natural language bots, for example, to fill gaps in their customer services divisions, and as Gavagai CEO Lars Hamberg says, the dolphin research will help them improve their tool for other uses.

Beyond this though it isn’t hard to envision other applications – the US Navy, for example, have been using dolphins as part of their San Diego Space and Naval Warfare Systems Center Pacific (SPAWAR) program to hunt for mines for years, and inevitably, as AI helps us break down communications barriers, maybe one day we’ll realise the dream of a true universal communicator that can help us communicate with everything and everyone around us natively, including aliens and politicians, but the latter might be a tougher nut to crack…

As for me, all I have to say on the matter is eek eek squeak click, yeah, you heard me right Dr. Doolittle. 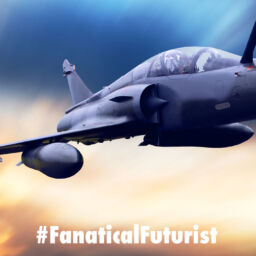 WHY THIS MATTERS IN BRIEF In the future you’ll be able to buy Privacy as a Service, because today your…