As we continue to see breakthroughs in materials electronics are starting to move to the next stage of their evolution.

As smartphone fans await a trio of new phones from Samsung next week, eyes will soon be turning to what could be the Korean company’s next innovation – a folding smartphone known as the Samsung Galaxy X.

Samsung has teased a foldable smartphone for several years now. Such a device would feature a flexible screen that would allow the phone to be bent from its ordinary phone shape out into a tablet-like device, and the company first showed off its prototype for the folding phone in November, proving its existence to the world.

At the time, Samsung’s Justin Denison said the folding screen technology it was developing would be “the foundation for the smartphone of tomorrow”.

While most analysts do not expect Samsung to launch its folding model at its Unpacked event next Wednesday, where it is instead expected to launch the Samsung Galaxy S10, it could show off the device or give some more clear hints about when it will be available to buy, and here’s how Samsung’s folding smartphone could prove the breakthrough in smartphone design everyone has been waiting for.

Foldable phones are the next big bet smartphone companies are making on the future of consumer gadgets. Sales of ordinary phones have slowed down in recent years as people replace their phones less often and look for second hand models. But smartphone vendors believe that there is still a demand for ever bigger screens. This has led to phones with screens that are 6.4-inches in size of larger, which can then be used for watching videos or playing games.

But making phones much larger makes them less portable, so solve this, developers like Samsung and Huawei have been working on models that will fold up like a laptop or notebook, and t do this they’re planning to use existing flexible plastic screen Organic LED (OLED) technology that lets displays bend out of shape, and have been working on hinges that would let the phone easily open and close.

As a consequence almost all smartphone makers are taking a serious look at folding devices and industry insiders believe there will be several on display at Mobile World Congress, the smartphone industry’s biggest trade event, later this month.

“There will be several devices with folding phones and folding screens at MWC,” says Ben Wood, an analyst at CCS Insight, “but I continue to believe they are little more than prototype devices.”

Even Apple has been taking a long look at folding screens. It has patented designs for a “hinge may be configured to allow the flexible display”.

And American smartphone minnow Royole has already launched a folding phone. Its FlexPai has a 7.8-inch screen that can fold in half outwards, moving from a tablet-like design to a dual screened phone with two different displays.

While Wood said many of the current designs could be quite rusty and not ready for consumers, Samsung has been working on its own version with “10 years of R&D that is starting to break cover”.

Samsung’s patents, which it files as part of its research, show the development in thinking for a folding or rollable phone. This patent from 2015 shows Samsung’s ideas for a roll-up smartphone. By using a flexible plastic screen, rather than glass, it can be bent out of shape. This kind of design has also been used in rollable TVs by the likes of LG. 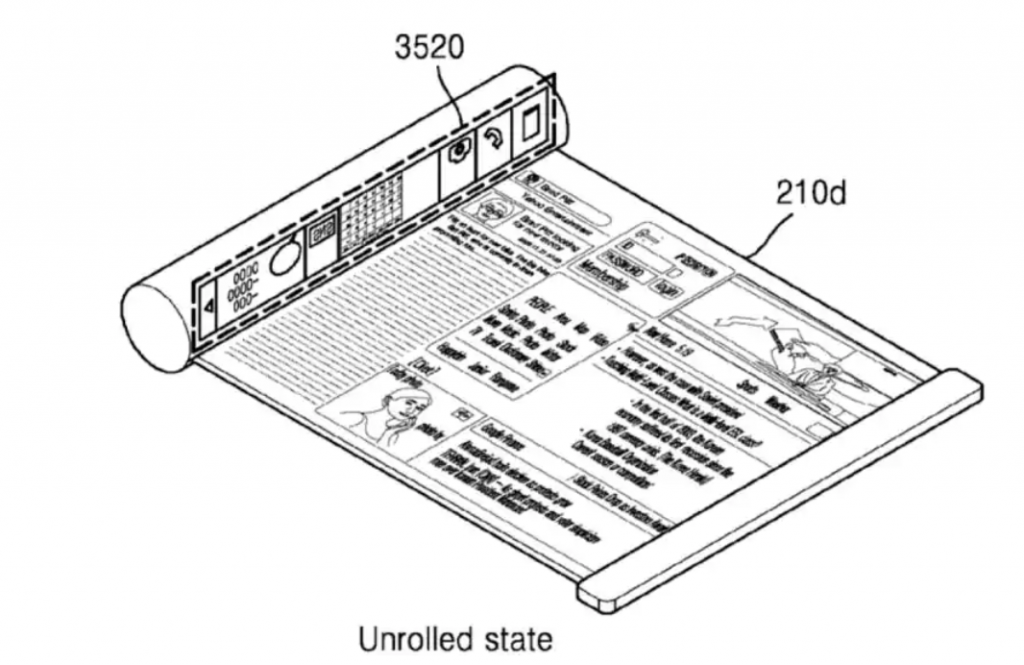 But according to Wood, the screen is in fact the “easy part”.

“The folding screen is not as hard, arguably that is the most straightforward element. How do you package it up? How can you engineer the polarizer [which filters light onto the screen] so it can cope with being opened and shut. How do you pack the hinge?” 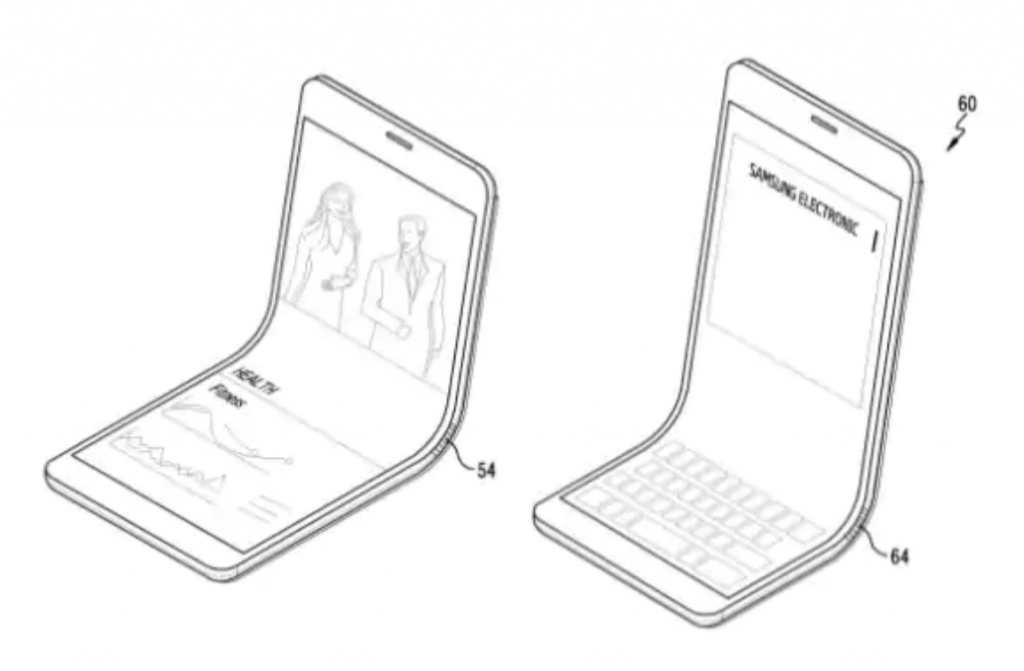 The hinge could be a sticking point. If the phone doesn’t close perfectly it might look unusual or get easily damaged. The hinge also has to be durable enough to be bashed about in a pocket.

Samsung has come up with designs for a foldable hinge according to its patents. It is now believed these will sit in the middle of the phone.

Rivals, meanwhile, such as Xiaomi, have gone even further. Designs for its rumoured folding phone show two hinges so the phone can effectively shut on itself, or turn outwards.

Then in November last year, Samsung fans finally got a glimpse of what a folding phone could look like

Samsung revealed its prototype at an event in San Francisco. The futuristic device is the size of a tablet computer and features a 7.3-inch screen, that can fold in half on itself. When folded in half, a second screen on the outside means it can operate like a pocket-friendly smartphone.

The phone will be able to run three apps at once – two on the bigger screen and a third on the separate, smaller display.

The big question is whether Samsung will launch its folding phone on February 20 when it is expected to launch its S10 and other devices.

Until a few days ago, most industry experts did not think Samsung would launch a folding phone. However, a new series of teasers for the event suggest at the very least consumers may get a closer look at the device.

But even if Samsung does show off a folding phone, can it pull the device off and make it popular enough to revive its smartphone sales?

Wood, who has seen 20 years of phone designs come and go, is sceptical. “What do you need it for? It still looks like a solution looking for a problem. There are so many issues with reliability, a fold will be a point of weakness.”​

Despite the cynicism, folding phones are closer than ever. Samsung could be the first to take them beyond concepts and theories and into a mainstream reality.

WHY THIS MATTERS IN BRIEF As technology and robotics get better it won’t be long before all warehouses are completely automated.   They call it…

WHY THIS MATTERS IN BRIEF New nanomaterials that can filter and separate out a wide variety of chemicals, organic materials and particulates have many uses,…

WHY THIS MATTERS IN BRIEF The way we design, imagine, and build products is being revolutionised by the emergence of creative machines and new sci-fi…

WHY THIS MATTERS IN BRIEF 5G will revolutionise connectivity and connected devices and services, and Qualcomm are claiming they are the world’s first company to…