Transparent electronics will help revolutionise a variety of industries and products, and make computing even more ubiquitous than it is today.

If you search the internet for images of the future of smartphones, as well as other gadgets, then it’s highly likely that included in those results are a whole bunch of transparent smartphone concepts, but so far that’s all they are – concepts. Now though thanks to a breakthrough we may now have the information and chemicals we need to help us build the first transparent electronic products. For example, think of a totally transparent flexible and foldable smartphone, along the lines of the bendy smartphone that Samsung showed off recently, or a totally transparent TV, like the ones LG and Panasonic are trying to produce. All of a sudden the future looks a little bit closer.

Efforts to develop ‘transparent’ electronics aren’t new, but difficulty identifying dopants that can be used to produce transparent conductors has slowed progress. The main problem is a shortage of suitable high-performance P-Type, positively charged carriers, conductors in which the implanted impurity has one electron too few. Recently, researchers at the University of Basel used the “Piz Daint” supercomputer to simulate possible dopants behaviour and identify promising candidates.

Illustration of the screening approach

As explained in the abstract of their paper “the advancement of transparent electronics, one of the most anticipated technological developments for the future, is currently inhibited by a shortage of high-performance p-type semiconductors. Recent demonstration of tin monoxide as a successful transparent p-type thin-film transistor and the discovery of its potential for ambipolar doping, suggests that tin monoxide – an environmentally friendly earth-abundant material – could offer a solution to this challenge.”

A brief report on the work, posted this week on the Swiss Supercomputing Center website, notes that identifying suitable impurities in the periodic table, often involves years of expensive laboratory experimentation.

“Researchers are attempting to speed up this process by using computer simulations. They use these to calculate the most promising candidates on the basis of physical laws that describe the interaction between the impurity and the material of the conductor. Potential candidates can then be tested in the laboratory in a targeted manner,” according to the article written by Simone Ulmer.

In their paper the researchers write, “Substitutional doping with the family of alkali metals was identified as a successful route to increase the concentration of acceptors in SnO and over ten shallow donors, which, to the best of our knowledge, have not been previously contemplated, were discovered. This work presents a detailed analysis of the most promising n-/p-type dopants – offering new insights into the design of an ambipolar SnO. If synthesized successfully, such a doped ambipolar oxide could open new avenues for many transparent technologies.”

“If these elements can be successfully introduced into tin monoxide and the desired semiconductor can be produced, this would open new avenues for a range of transparent technologies,” says José A. Flores-Livas, one of the researchers involved in the work, in the article.

WHY THIS MATTERS IN BRIEF As advanced as today’s AI’s are they still can’t reason, and that’s what’s going to hold them, and us, back…

WHY THIS MATTERS IN BRIEF People’s concept of what a computer is is based on their experience of traditional silicon based computers, but biological systems…

WHY THIS MATTERS IN BRIEF As we increasingly become masters of manipulating the makeup of life criminals will find new, innovative ways, to breach computer…

WHY THIS MATTERS IN BRIEF Control is an illusion, and historically the smartest species has always wiped out less capable species,  so people are worried…

WHY THIS MATTERS IN BRIEF We take many of the things we do as humans for granted, such as balancing, but our bodies make thousands… 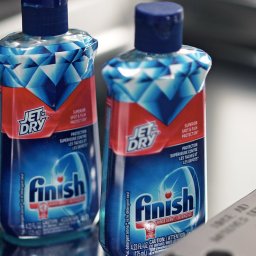 GE’s connected dishwashers have become self sufficient and it marks the beginning of the disruption of two industries Disruption is sometimes subtle. Sometimes you miss it…

WHY THIS MATTERS IN BRIEF The ability to simply, and cost effectively, print transistors en masse will create millions of new use cases and help…

WHY THIS MATTERS IN BRIEF Small, cheap robots that can swarm together and transform themselves to accomplish a wide variety of different tasks make for…