Up until now being able to generate enough electricity from very low levels of ambient light has been difficult and almost impossible, this material could eliminate the need for batteries in products.

Solar panels are rubbish – after all you can’t use them indoors to power all the junk in your house that needs electricity to be useful. Or can you? Well, a while ago I wrote an article about a new type of indoor photovoltaic material that would let you power your indoor junk using nothing more than ambient light, with ambient light beig the crucial words there. And now, like the majority of the tech breakthroughs I write about, that tech has jumped from the lab to the real world and that spells happy days – if you’re a cyclist that is. In time though as this tech matures it could become the defacto way to power everything in your home so you can bin those batteries and cables for good.

READ
A scientist captured an impossible photo of a single atom

Light-equipped bike helmets are now fairly common, but most of them still have to be plugged into a charger, and manually turned on and off as needed. The just-announced Omne Eternal, however, lets ambient light do all the work.

Manufactured by Swedish helmet company POC, the Omne Eternal features a built-in tail light, a motion sensor, an ambient light sensor, a battery, and a top layer of a photovoltaic material known as Powerfoyle. 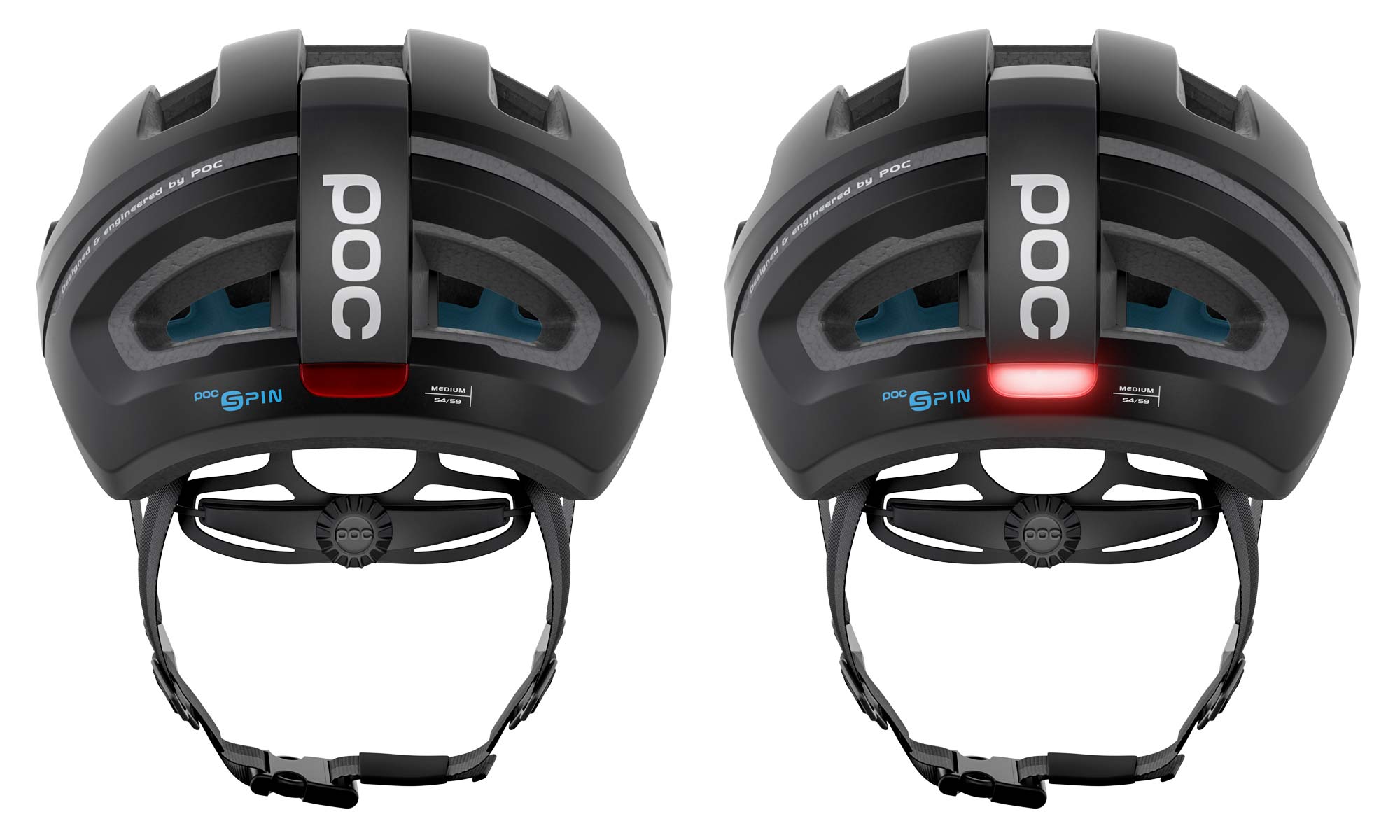 The latter is a thin, flexible product made by Swedish tech firm Exeger. It’s a unique type of dye-sensitised solar cell, which is claimed to be very efficient at converting any type of light – indoor or outdoor – into electricity. Among its “active ingredients” are a top layer of titanium dioxide nanoparticles coated with light-absorbing dyes, and a bottom layer of a proprietary conductive material by the name of Electrofyl.

When the Omne Eternal helmet is exposed to light, its Powerfoyle charges the onboard battery, which in turn provides power to the tail light and sensors. The ambient light sensor automatically turns the tail light on when it gets dark outside, and switches it off in bright conditions. The motion sensor, meanwhile, turns everything off once the helmet hasn’t moved in a while. Picking the helmet back up again awakens it.

“When used outdoors, on an average day with mixed clouds, the helmet battery will gain about twice the energy used to power the light,” says POC’s Damian Phillips. “Another way to exemplify this is that the energy consumed when biking for one hour to work on a dark morning can simply be restored by leaving the helmet for one hour in a bright window.”

Phillips adds that there is no option for manually charging the helmet’s battery via a power cord, as light exposure should be sufficient on its own. As part of POC’s efforts to keep things simple, there is also no on/off button.

Plans call for the Omne Eternal to be commercially available in Europe this June and then in the US later this year for €250, or about $300.