As individual nation states look to assert their dominance on the global stage we are witnessing the early stages of a splintered internet with multiple standards.

The internet is disappearing, being replaced instead by a fabric of connected devices, like wearables and sensor systems, that are anywhere and everywhere, and it’s also being de-centralised by blockchain startups intent on eliminating the underlying control points such as the internets’ centralised DNS and other control mechanisms. Now Eric Schmidt, who has been the CEO of Google and executive chairman of its parent company, Alphabet, predicts that within the next decade there will be two distinct internets – one led by the US and the other led by China. And the evidence that it’s already starting to happen is all around us.

At the event, economist Tyler Cowen asked about the possibility of the internet fragmenting into different sub-internets with different regulations and limited access between them in coming years.

“What’s the chance, say, 10 to 15 years, we have just three to four separate internets?”

“I think the most likely scenario now is not a splintering, but rather a bifurcation into a Chinese-led internet and a non-Chinese internet led by America,” answered Schmidt. “If you look at China, and I was just there, the scale of the companies that are being built, the services being built, the wealth that is being created is phenomenal. Chinese Internet is a greater percentage of the GDP of China, which is a big number, than the same percentage of the US, which is also a big number. If you think of China as like ‘Oh yeah, they’re good with the Internet,’ you’re missing the point. Globalisation means that they get to play too. I think you’re going to see fantastic leadership in products and services from China. There’s a real danger that along with those products and services comes a different leadership regime from government, with censorship, controls [and so on]. Look at the way BRI works – their Belt and Road Initiative, which involves 60-ish countries – it’s perfectly possible those countries will begin to take on the infrastructure that China has with some loss of freedom.”

The Belt and Road is a massive initiative by Beijing to increase China’s political and economic influence by connecting and facilitating all kinds of trade, including digital trade, between China and countries in Europe, Africa, the Middle East and Asia.

Schmidt’s predictions come at a time when his successor at Google, CEO Sundar Pichai, has stirred up controversy around the company’s strategy in China.

Reportedly, Google has been developing “Project Dragonfly,” a censored version of its search engine that could appease authorities in China. The project allegedly included a means to suppress some search results, booting them off the first page, and a means to fully block results for sensitive queries, for example, around “peaceful protests.”

Pichai has said that Google has been “very open about our desire to do more in China,” and that the team “has been in an exploration stage for quite a while now,” and considering “many options,” but is nowhere near launching in China.

In a separate discussion last night between Schmidt and several start-up founders, he lauded Chinese tech products, services and adoption, especially in mobile payments. He also noted that Starbucks in China don’t feature a register. Customers order ahead online and pay with their phones before picking up their lattes, which is another example of the way in which China is already beginning to forge ahead in the financial services sector.

“The judge of this is others, not us. Self-referential conversations about ‘Do I feel good about what I’m doing?’ are not very helpful. The judge is outside,” replied Schmidt.

At several points in the private discussion, Schmidt urged entrepreneurs to build products and services that are not merely addictive, but valuable. He also said not enough companies “measure the right things.” Too many focus on short term revenue growth and satisfying shareholders, rather than what’s best for their users, society and the long term health of their companies, which is yet again another trait common in China and less so in the West that I see first hand for myself  every time I visit the country to visit executives.

As China increasingly looks to assert its dominance, both in the development of new emerging technology categories and on the global political stage western governments especially would be wise to sit up, pay attention, and, in some cases, take a leaf or two out of China’s playbook. It’s also highly likely too that there won’t just be two “internets” with their own standards, but multiple ones, and that’s before we examine the impact that the rise of new virtual nations will have on the internet’s future structure. 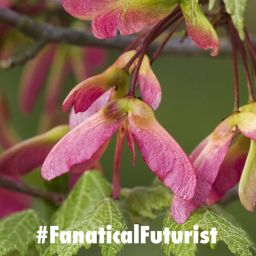 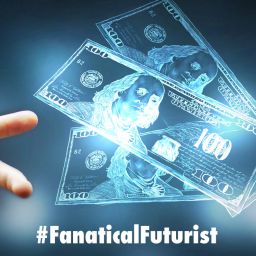 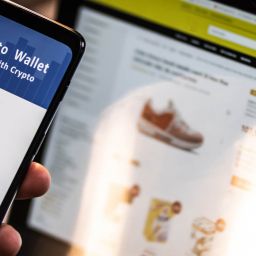