Micromotes will stop the sensors at the edge of the world’s networks from flooding datacenters with exabytes of worthless information, and open the door to new computing applications.

At just one cubic millimetre in size Micromotes, which are so small that they can almost be categorised as smart dust, are the world’s smallest computers – that is, at least, until computers the size of a virus emerge. And as we deploy more and more sensors, and sensor based systems, to the edges of our networks one day these mini computers will become the workhorses that make artificial intelligence (AI), and processing at the edge a reality.

Recently David Blaauw and his colleague Dennis Sylvester, who are both  computer science professors at the University of Michigan, were in San Francisco presenting their latest research, and showing off their latest miniature creations.

The goal of the Michigan Micro Mote (M3) initiative is to make smarter, smaller sensors for Implanted Medical Devices (IMD’s), such as pacemakers and insulin pumps, which were recently at the center of a cyber security scare, and the Internet of Everything – sensors that can do more with less energy.

Many of the microphones, cameras and other sensors that make up the eyes and ears of smart devices are always on alert, and frequently they beam personal data into the cloud because they can’t analyse it themselves, and if the analysts are to be believed – and let’s face it analysts like big numbers – then there will be over a trillion connected devices on the planet by 2035, and that’s a big number – even for an analyst.

“If you’ve got a trillion devices producing readings constantly, we’re going to drown in data,” says Blaauw, who hopes that by developing these tiny, energy efficient computing systems they’ll not only help keep devices secure, but also let them analyse data at the edge of the network rather than having to send it all back to a datacentre – therefore dramatically reducing the amount energy and bandwidth used.

In San Francisco the duo described new micromote designs that use only a few nanowatts of power, which are powered and programmed using ambient light, that can perform tasks such as distinguishing the sound of a passing car and measuring temperature and light levels, and they also described their work with Taiwan Semiconductor Manufacturing Company (TSMC) who are helping them embed flash memory into them and design new, low power hardware that will help the micromotes run AI neural networks at the edge of the network. That said though the duo say they’re taking a holistic approach to adding new features, and are careful not to ramp up the miniature systems power consumption.

The memory research is a good example of how the right trade-offs can improve performance, says Sylvester. Previous versions of the micromotes used 8 kilobytes of SRAM, which makes for a pretty low performance computer. To record video and sound, the tiny computers need more memory. So the group worked with TSMC to bring flash memory on board, and now they can make tiny computers with 1 megabyte of storage.

Flash can store more data in a smaller footprint than SRAM, but it takes a big burst of power to write to the memory. With TSMC, the group designed a new memory array that uses a more efficient charge pump for the writing process. The memory arrays wind up being a bit less dense than TSMC’s commercial products, but still much better than SRAM.

“We were able to get huge gains with small trade-offs,” says Sylvester.

Another micromote they presented incorporates a deep learning processor that can operate a neural network while using just 288 microwatts of power – a staggering feat.

Deep learning is normally used to perform such tasks as face, image and voice recognition, and normally demands  lots of memory and lots of computing power, so as a consequence it’s normally run on big banks of GPU’s, such as those from Nvidia, back in a datacentre, and while some researchers have been trying to reduce the size and power demands of deep learning AI using dedicated, specialised those processors still use over 50 milliwatts of power – far too much for a micromote.

Apparently the duo brought down the power requirements by redesigning the chip architecture, for example by situating four processing elements within the memory, in this case, SRAM, to minimize data movement, and in short their idea is to bring neural networks to the Internet of Things.

“A lot of motion detection cameras take pictures of branches moving in the wind – that’s not very helpful,” says Blaauw, “security cameras and other connected devices are not smart enough to tell the difference between a burglar and a tree, so they waste energy sending uninteresting footage to the cloud for analysis. On board deep learning processors could make better decisions, but only if they don’t use too much power.”

One day the duo hope their micromotes will be embedded into a whole host of other connected devices, such as air conditioning systems which could decide to turn the air con if it sees several people putting on their coats.

After demonstrating many variations on these micromotes in an academic setting, Blaaw and Sylvester hope they’ll be ready for market in a few years, and now their company, CubeWorks, of which Intel is a co-investor, is busy prototyping devices and researching new market opportunities, such as in the oil and gas industry where micromotes could be used to ensure the last drop of oil has been collected from the wells, all the way across to the healthcare industry where they could be used to collect data from within the body. So while these computers might be small, they might have a mighty future ahead of them.

WHY THIS MATTERS IN BRIEF Today if you break your spine, you’re paralysed, but paralysis is increasingly no longer for life.   3D Bio-Printing, an…

WHY THIS MATTERS IN BRIEF As our knowledge of the human brain improves in the future we might not need eyes to see, as well…

WHY THIS MATTERS IN BRIEF Scientists have discovered the Genesis Engine, a technology that gives them the keys to the Code of Life.   Spiny…

WHY THIS MATTERS IN BRIEF Artificial intelligence workloads and learning need huge amounts of computing power, and chip manufacturers are waring to lead the new… 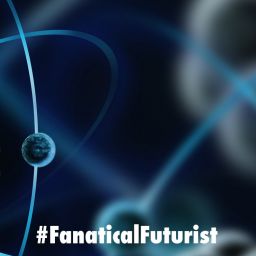 WHY THIS MATTERS IN BRIEF We are rapidly getting to the point where the smallest sensors are just atoms in size, which means we could…