DeepFakes can be used for both benign and evil purposes, but in this latest campaign a UK company used it to help a malaria charity for good

The recent global campaign showing Malaria survivors speaking seamlessly through David Beckham, in multiple languages and voices, to help raise awareness around the Malaria Must Die initiative spooked a lot of people. And, arguably, it spooked more people than the act of creating billions of genetically modified mosquitos did a few years ago, and the creation of a so called Extinction Gene, so if you want to know why then just watch the video below and job done. But if you haven’t watched the video yet, then it’s another great example of creative machines being used to create fake content, more professionally known as synthetic content, and the campaign has already exceeded 400 million views globally with the company behind the new tech recently issuing a new behind the scenes video explaining how it was made.

The campaign was a joint collaboration between RG/A, Ridley Scott Associates and the clever video UK startup Synthesia, for Malaria No More. And it turns out, there’s a huge commercial imperative over this cool technology, for obvious reasons…

Video production today doesn’t scale. It’s a physical process with many cameras, many studios and many actors, and once a marketing, product or entertainment video has been shot it’s very difficult to quickly and affordably edit the creative or translate into different languages.

Synthesia  says it can reduce the need to go on set to produce video content. Rather than shooting a new video, it can edit existing assets to create derivative international and personalized videos – something that is now also being enabled by Adobe products like Voco which has been described as “Photoshop for voice,” and Princeton’s text to video editor that, literally lets you type the words to put into people’s mouths.

“Our solution allows companies to 10x their video output for a tenth of the costs of conventional production. A simple interview style video can easily involve many people and extensive production costs across the organisation. With our solution, a marketing manager at an advertising agency, a Fortune 1000 company or small business can create a new video from behind her screen and have it delivered back within 48 hours,” says Rasmussen.

“Video production is exponentially increasing but it is extremely challenging to internationalise and easily personalise advertising, marketing and e-learning videos across cultures,” says Evan Nisselson,  general partner at LDV Capital who invested in the company. “Synthesia is leveraging machine vision and artificial intelligence to revolutionise video production for brands and creators.”

Synthesia was founded by a team of researchers and entrepreneurs from UCL, Stanford, TUM and Foundry, and their customers already include global brands such as Accenture, McCann Worldgroup, the Dallas Mavericks and Axiata Group.

WHY THIS MATTERS IN BRIEF Creative machines should be decades away but they’re here, today, and increasingly it looks like “creativity” is just another word… 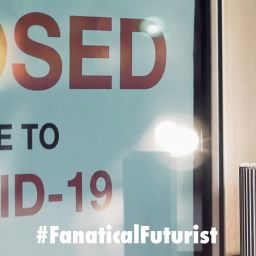 WHY THIS MATTERS IN BRIEF The rate of global change and disruption was accelerating pre-COVID, but now, as we look towards the “Post COVID era”…

WHY THIS MATTERS IN BRIEF Defence forms a large part of every sovereign nations capability and identity, so it’s little surprise that it’s one of…

WHY THIS MATTERS IN BRIEF Exponential technologies will revolutionise healthcare, human longevity and wellness, and patient outcomes, and healthcare organisations need to be prepared.  …

WHY THIS MATTERS IN BRIEF Poker is unpredictable, and noone predicted an AI would beat four of the world’s top players – not even its…

WHY THIS MATTERS IN BRIEF An AI capable of monitoring the whole world for threats, of any kind, is a huge undertaking and could become…

WHY THIS MATTERS IN BRIEF Artificial Intelligence is helping doctors diagnose more and more syndromes that were previously hard to diagnose.   Interested in the…