Forging art has always been a popular past time, and now there’s a new tool in town to catch forgers in the act.

All around the world the trade in art, both man made and machine made art, is booming, with even art made by new Artificial Intelligence (AI) programs getting in on the act after a painting by one sold for over $430,000 recently at Christies, but detecting art forgeries is still as hard and expensive as ever. At the moment, for example, art historians might bring suspect work into a lab for infrared spectroscopy, radiometric dating, gas chromatography, or a combination of tests. But now a new AI does away with all that and it can spot fakes just by looking at the strokes used to compose a piece.

In a new paper, researchers from Rutgers University and the Atelier for Restoration & Research of Paintings in the Netherlands document how their AI system broke down almost 300 line drawings by Picasso, Matisse, Modigliani, and other famous artists into 80,000 individual strokes. Then their Deep Recurrent Neural Network (DRNN) learned what features in those strokes were important in order to identify the artist.

The researchers also trained a second machine learning algorithm to look for other specific features, such as the shape of the line in a stroke, and combined this gave them two different techniques to use to detect forgeries, with the combined method proving incredibly powerful and adept at weeding out the fakes from the originals.

Looking at the output of the machine learning algorithm also provided some insight into what kind of details the DRNN, which acts as a “black box” – a system whose outputs are difficult for researchers to explain – worked.

Since the machine learning algorithm was trained on specific features, the difference between it and the DRNN pointed to the specific characteristics the neural network was analysing in order to detect the forgeries, and it turned out it was using the changing strength along a stroke – that is, how hard an artist was pushing, based on the weight of the line – to identify the artist. And with both algorithms working in tandem, the researchers were able to correctly identify artists over 80 percent of the time.

The researchers also commissioned artists to create drawings in the same style as the pieces in the data set to test the system’s ability to spot fakes, and the system was able to identify the forgeries in every instance simply by looking at a single stroke.

“A human cannot do that,” says Ahmed Elgammal, a professor at Rutgers and one of the paper’s authors.

For now though this technique can only be used when the lines are obvious, so for paintings where brushstrokes are invisible or less visible it’s of no use, and next the researchers say they plan to test the method on Impressionist works and other 19th-century art where brushstrokes are clear before they start developing it further.

The most promising part of the research though might be the way the researchers used the second method to make it clear to the researchers what the DRNN was looking for, says Eric Postma at Tilburg University in the Netherlands, who’s also done work using AI to detect forgeries for over a decade, who went on to add that there could be more applications for AI in art but that art historians and researchers, steeped in centuries of tradition, have been slow to embrace such techniques. In part because up until now it was difficult to understand how the systems were detecting the fakes, which is something this latest breakthrough solves. 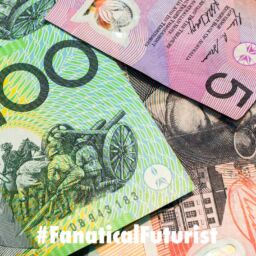 Australia’s central bank is sceptical on a digital currency, but signals that could change

WHY THIS MATTERS IN BRIEF Countries are creating their own digital currencies to replace their traditional ones, but some are… 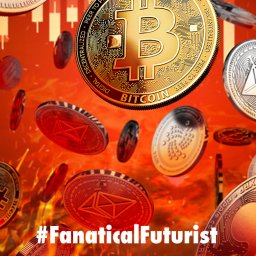