Genetic engineering is incredibly powerful, it can help cure thousands of uncuttable diseases and wipe out species, and until now it’s been irreversible.

As a species humanity is getting remarkably adept at manipulating the genomes of both ourselves and other organisms for our benefit – whether it’s to wipe out entire species, like invasive rats, mice, and moths, or more commonly mosquitos, or whether it’s using in vivo gene editing to cure previously uncurable human genetic diseases including blindness and Hunter’s Syndrome.

As our mastery to manipulate the “software of life” improves though so does our ability to weaponise it by spending $100 and creating new synthetic pathogens like the Pox virus that make even Covid-19 look tame, which is why the scientists behind the revolutionary CRISPR gene editing technology have started developing a method to prevent people from genetically tampering with organisms in the first place, and which is why the United Nations called genetic engineering and, more specifically, gene drives, which let genetic changes be passed down through the generations, the world’s “ultimate weapon.” Scary.

Up until now though one of the problems posed by genetic engineering is that once you manipulate or modify the genetic makeup of an organism then that’s it it’s like that for life – there’s no take-backs. But now though thanks to researchers in the US that could be about to change with yet another new and equally ground breaking breakthrough – self-deleting genes.

They might be small and their kills may be indirect, but for humans, mosquitoes are the deadliest animals on the planet by quite a margin. While tackling the diseases these annoying insects spread is one approach to reduce their lethality, others are looking to attack the problem at the bloodsucking source through genetic engineering and this is where the new project from Texas A&M AgriLife Research, which is looking to enable “test runs” of genetic changes to mosquitoes that are automatically deleted, comes in.

Various angles of attack using genetic engineering to combat mosquitoes have been pursued in recent years, including modifying them so they pass on infertility, don’t grow wings, can’t spread malaria or have impaired smell. But making genetic modifications to an organism and then releasing them into the wild runs the risk of unintended and harmful consequences that may be difficult, if not impossible, to reverse.

During their experiments the team at Texas A&M are looking to perform test runs of genetic modifications that would then automatically be deleted from the mosquitoes’ genetic code after a specified period of time.

“People are wary of transgenes spreading in the environment in an uncontrolled manner,” says Zach Adelman, Ph.D, a principal investigator on the project. “We feel that ours is a strategy to potentially prevent that from happening. The idea is, can we program a transgene to remove itself? Then, the gene won’t persist in the environment.”

The researchers have evaluated three potential ways to achieve such self-deletion and chosen to focus on one that leverages a process used by all animals to repair damaged DNA. The proposal is to introduce a gene drive – a genetic component designed to force the spread of modified genes in a population – along with a DNA-cutting enzyme and a small repeat of the mosquitoes’ own DNA.

Because repair enzymes inside cell nuclei look for repeated genetic sequences around broken DNA strands and delete what’s between the repeated sequences, the hypothesis is that when the introduced enzyme cuts the DNA, the mosquitoes’ own repair tools will delete the gene drive genes, along with the other added sequences.

The researchers have already started work to examine different gene drives and ascertain how long they persist in flies and mosquitoes. The goal is to have a gene drive spread through the lab population quickly, before the introduced genes disappear after a few generations and the population has reverted to wild-type individuals. Such a process then would then allow different genetic engineering strategies to be trialled without the risk of undesirable modifications persisting in the wild.

The project will receive $3.9 million in funding from the National Institute of Allergy and Infectious Diseases over the next five years to develop the self-deleting gene technology.

WHY THIS MATTERS IN BRIEF GPT-3 is a revolutionary new natural language model that has many uses, including writing code.   Interested in the Exponential…

WHY THIS MATTERS IN BRIEF Today we are used to the majority of our influencers, and contacts, being human, but as we progress into the…

WHY THIS MATTERS IN BRIEF There has, arguably, never been a better time, or a risker time to invest in today’s markets, but as every… 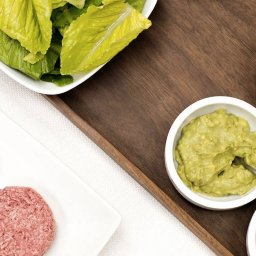 WHY THIS MATTERS IN BRIEF The future of energy is renewable, and this is one of the most extreme examples of solar power that you’ll…