Cyborgs – every sci fi fan loves them when they’re in the movies. When they’re in real life though, like these cyborg Dragonflies and conscious living robots, then maybe not so much, and when they’re weaponised probably even less. Over the past year I’ve been writing more and more about some of the bleeding edge research that’s turning humans into computers, and merging us with technology in a literal way – from discovering ways to connect human organs and tissues to computer networks, merging biological and artificial neurons with one another, merging humans with AI and using prosthetics to augment human memory, and even turning human bodies into biological computers and batteries. And let’s not get started about NASA’s concept of trying to genetically engineer astronauts that could photosynthesise so they could survive in deep space, or DARPA’s military gene editing programs …

Now, though as all this research stays firmly in the lab for now at least, a French military bioethics panel has cleared the development of “technological upgrades” for members of the armed forces. The panel says the French Armed Forces may develop and deploy technological augments in order to preserve the French military’s “operational superiority.”

The news comes after US intelligence officials announced China is conducting biological experiments to enhance the performance of People’s Liberation Army troops.

The panel has given permission for the French military to develop and deploy enhancements, that, according to CNN, improve the “physical, cognitive, perceptive and psychological capacities” of its soldiers. It could also develop “medical treatments to prevent pain, stress and fatigue, and substances that would improve mental resilience if a soldier were taken prisoner.”

The permission comes with restrictions, however. The military may not deploy technologies that interfere with a soldier’s fundamental humanity. Soldiers must retain free will and be able to choose the level of force they employ—for example, a bionic augmentation may not force a soldier to use lethal force when nonlethal force is the clear choice.

Finally, bionics must not interfere with a soldier’s reintegration into civilian life, so no weird metal stuff sticking out of veterans’ foreheads.

French Defense Minister Florence Parly said there are currently no plans to develop such bionics, but the panel decision does clear the way for their future development.

The decision comes just days after John Radcliffe, the US Director of National Intelligence (DNI), charged that China is conducting human testing on soldiers to develop troops with “biologically enhanced capabilities.”

Ratcliffe claimed that China takes a much less ethical view than France, saying, “There are no ethical boundaries to Beijing’s pursuit of power.” Neither Ratcliffe nor the US intelligence community have elaborated on the DNI’s claims.

The US Department of Defense isn’t working on genetic research, but it is seeking to develop technological augmentation. The Defense Advanced Research Projects Agency (DARPA) is working on the BRAIN initiative, or Brain Research through Advancing Innovative Neurotechnologies. BRAIN, which the White House announced in 2013, seeks to “treat, cure, and even prevent brain disorders, such as Alzheimer’s disease, epilepsy, and traumatic brain injury.”

DARPA wants to develop implantable interfaces that would allow individuals to control objects with their minds, like swarms of drones for example, while also providing “unprecedented signal resolution and data-transfer bandwidth between the brain and the digital world.”

All of that would be useful to the disabled or those suffering from chronic conditions, allowing quadriplegics and paraplegics to control artificial limbs or wheelchairs, interface directly with computers, or interact with a whole host of wireless devices.

The military utility of using thoughts to control machinery and interact with computers is obvious, with soldiers controlling everything from fighter jets to radar systems with their minds.

WHY THIS MATTERS IN BRIEF Man hasn’t returned to the Moon since first landing on it 45 years ago, and… 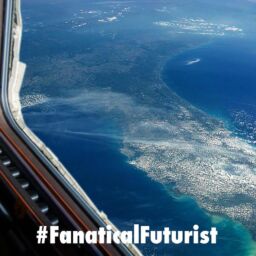 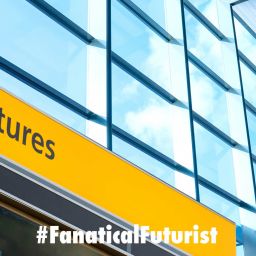