One of the largest ascending mega trends is Synthetic Biology, and as our command and understanding of the natural world increases it will help transform our world in ways you never thought possible.

It turns out that many of the complex folded shapes that form mammalian tissues can be re-created using very simple instructions, or at least that’s the conclusion of a team of bioengineers at the University of California San Francisco (UCSF) who published a report in the journal Developmental Cell recently. By “patterning mechanically active mouse or human cells to thin layers of extracellular matrix fibers,” the team at UCSF were able to create a whole manner of shapes, including bowls, coils and ripples out of nothing more than living tissue.

However, if you’re wondering why that’s important, or even perhaps useful, then consider this, if, as the team says, we know how to “apply engineering principles to biological tissues” then one day this technique will help us create better artificial human organs. Further into the future we might even be able to use it to manufacture all manner of new biological products – everything from new bio-batteries and bio-materials and new forms of food, such as Clean Meat, which is meat produced without the need for any animals, and one day we might be able to also use it to grow entire cities. 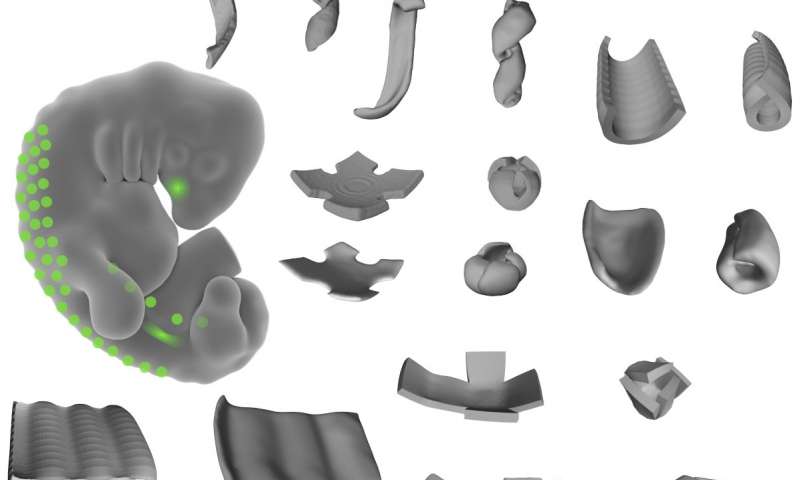 After all, think about the last one – if we could bio-engineer trees, or more specifically wood, why wouldn’t we one day be able to grow our own house? Or a skyscraper? Or a city… Think about it, all of a sudden synthetic biology has even more crazy applications than it did before, and that’s before I mention anything about being able to create new six base pair DNA aliens, like this one, or turn plants into cameras…

“[Biological] development is starting to become a canvas for bioengineering, and by breaking the complexity of [biological] development down into simpler engineering principles we’re beginning to better understand, and ultimately control, the fundamentals of biology itself,” said senior author Zev Gartner, a professor at the Center for Cellular Construction at UCSF, “in this case, the intrinsic ability of mechanically active cells to promote changes in tissue shape is a fantastic chassis for building complex and functional synthetic tissues.”

Labs around the world are already using 3D Printing and 3D Bioprinting to create 3D tissues but because of the process they use to do it the final products, which include the manufacture of artificial body parts, such as hearts, kidneys and skin, are often missing many of the key structural features of tissues that are built when an organ grows naturally in vivo, and that’s where the UCSF teams new technique comes in.

The Gartner lab’s approach uses a precision “3D cell patterning technology” called DNA Programmed Assembly of Cells (DPAC) to create an initial spatial template of a tissue that then folds itself into complex shapes in the same way a natural tissue assembles itself during the normal stages of its development.

“We’re beginning to see that it’s possible to break down natural developmental processes into engineering principles that we can then repurpose to build and understand tissues,” says first author Alex Hughes, a postdoctoral fellow at UCSF, “it’s a totally new angle in tissue engineering.”

“It was astonishing to me about how well this idea worked and how simply the cells behave,” Gartner says, “this idea showed us that when we reveal robust developmental design principles, what we can do with them from an engineering perspective is only limited by our imagination. Alex was able to make living constructs that shape-shifted in ways that were very close to what our simple models predicted.”

Gartner and his team are now curious to learn whether they can stitch the developmental program that control tissue folding together with others that control tissue patterning. They also hope to begin to understand how cells differentiate themselves in response to the mechanical changes that occur during tissue folding in vivo, taking inspiration from specific stages of embryo development.

WHY THIS MATTERS IN BRIEF Tissue Nanotransference technology could help us heal organs quickly, and on demand, and put an end to the need for…

WHY THIS MATTERS IN BRIEF Globally there’s a huge shortage of qualified dentists, but in the future that might not be a problem now that…

WHY THIS MATTERS IN BRIEF Crossing this bridge opens the door to turning your laptops and smartphones into ultra-powerful quantum computers. Interested in the Exponential…