Electronics are changing, in every way, and that opens up a whole new world of possibilities.

Transferrable tattoos and decal transfers are a familiar part of childhood and industrial design, and increasingly these thin little pieces of material are being used to create smart tattoos that read people’s minds and to create an entirely new class form of edible electronics that have a myriad of applications.

The technology is also straight forward. Transfers consist of a thin film of Ethyl Cellulose polymer stuck to a sheet of paper by a sacrificial layer of water-soluble starch or Dextrin.

Placing the transfer in water dissolves the sacrificial layer, allowing the sheet to be “transferred” to human skin or other objects, and the images and text on them can just be printed onto them using nothing more than a conventional inkjet printer.

It’s this combination that sparked the imagination of a team headed up by Giorgio Bonacchini at the Instituto Italiano di Tecnologia (IIT) in Genoa, Italy, and he and his team recently used the tech to print organic electronics onto transfer paper. They then tested the electronic circuits and transferred them onto edible objects such as pharmaceutical pills and fruit.

READ
A miniature CERN, scientists create a 'Particle Accelerator on a Chip'

Electronic devices that operate inside the digestive tract are by no means new. For many years, medical professionals have had access to smart pills containing electronic devices such as cameras and batteries. But these devices are made exclusively from silicon-based components that are expensive and inflexible. By contrast, materials scientists have made much recent progress in developing conducting polymers that can be inkjet printed into powerful electronic devices such as plastic displays. 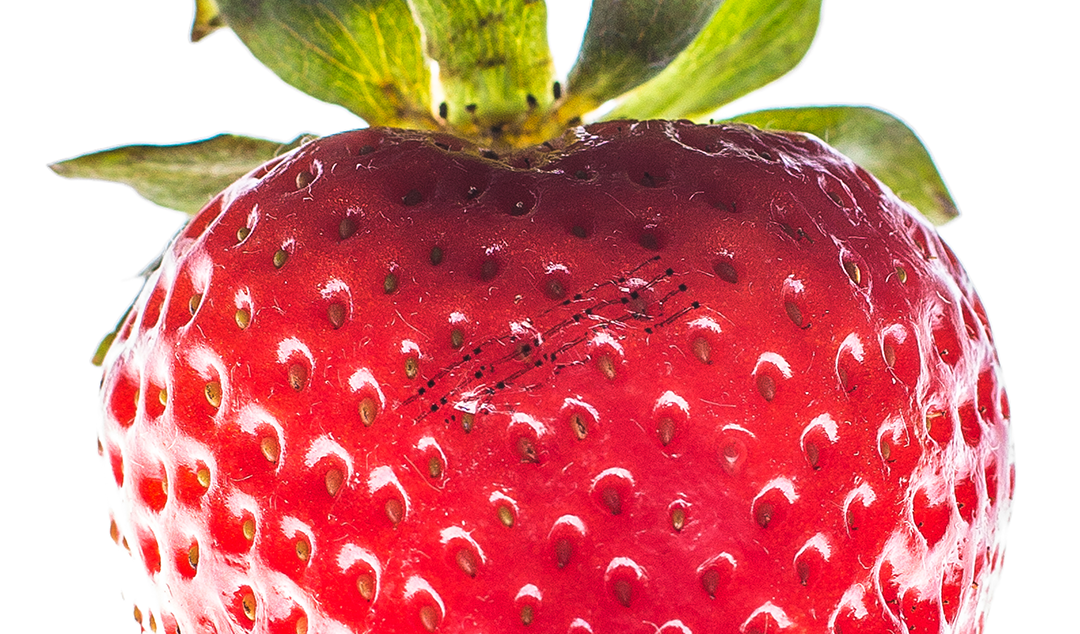 How do you like your strawberries? Tagged? Courtesy: IIT

Bonacchini and company used the same inkjet printing technique to create electronic circuits on transfer paper. Of course, an important question is the biocompatibility of the resulting devices – bearing in mind that one major application includes eating them. Bonacchini and his colleagues point out that Ethyl Cellulose film has long been used as an edible coating on things like pharmaceutical pills. But the circuits have other components too.

For example, the transistors contain metallic materials. Bulk silver is thought to be bioinert, and a single transistor requires just four micrograms of silver so simple circuits should contain well below people’s daily limit for silver.

However, the silver is printed in nanoparticle form and then sintered to create a continuous layer. Bonacchini and his team assume this will be biocompatible, based on other research with silver nanoparticles, but that will presumably need confirmation at some point in the future.

The team also uses four different semiconducting polymers, including poly (3-hexylthiophene), or P3HT, and polystyrene, which are known to be biocompatible. The other two polymers, 29-DPP-TVT and P(NDI2OD-T2), have only recently been developed and have not yet been tested for biocompatibility.

Although these are used in picogram quantities, they still raise obvious questions regarding how safe they are. Bonacchini and his colleagues are well aware of this and are taking on the task of assessing how the polymers interact with the human body. The results have been positive so far, but more research is needed.

Nevertheless, the team is confident that these problems can be overcome and that the work is a proof-of-principle demonstration for a new generation of edible electronics.

“This result paves the way for the realisation of robust complementary circuits,” the researchers say. “This system constitutes a simple and versatile platform for the integration of fully printed organic circuitry on food and pharmaceutical drugs.”

The technology may even be digestible, which means the components would be less likely to build up in the body over time.

All in all, this is exciting work. These circuits could monitor the ripeness of fruit or the edibility of other perishable products across their entire lifetime. They could also deliver drugs in specific circumstances or carry out assays of various kinds inside the digestive tract.

Of course, much work remains to be done, particularly on edible batteries that could provide the power for these kinds of circuits, although there too they could be arguably powered using piezoelectric and backscatter energy systems that generate energy from the radiation in the air, movement, and even sound. Clinical trials are also needed to ensure biocompatibility.

Either way it’s all a big step forwards for the future of edible, printed electronics, as well as product traceability and supply chain transparency – and the future for edible electronics looks well tasty.

WHY THIS MATTERS IN BRIEF Scientists have found a new chemical that could help drug addicts forget they were ever addicted.   In the cult-classic “Eternal…

WHY THIS MATTERS IN BRIEF Once the stuff of science fiction movies scientists have managed to grow a (small) brain in a jar.   Scientists…

WHY THIS MATTERS IN BRIEF Never visit the dentists again and eat all the sweet stuff you like. Marvellous!   Scientists in the UK have…