Sight is one of our most crucial senses, now one technology promises infinite zoom and super crisp images.

Let’s face it – the last thing many of us want it to take what we think is a great family photo only to find out that it comes out blurred. And whether it was because of a dirty lense, low light conditions or a nervous twitch you developed as far as your better half is going to be concerned it was your fault. But the good news is that there might soon be a solution to your horrible failings as a photographer, thanks to Google and RAISR.

From jagged low resolution pictures to incredibly high resolution ones in the click of the button – it looks like Google researchers have found a way to use machine learning to upscale images to higher resolutions at lightning speed, and it works so fast that one day soon it could one day be built into your smartphone.

At the moment RAISR is learning its trade by analysing the differences between thousands of pairs of images – one at full resolution, and the other downsampled to a jagged, low resolution mess. It then works out which filters it can apply to the low res image’s pixels to get the messed up image closer to the hi-res version, taking context into account.

RAISR analyses over 10,000 image pairs every hour in order to learn how to apply it’s magic and here are some of the results:

Because it’s a learning algorithm it’s also learned to reduce some of the aliasing – a fancy word for image smoothing – issues you can get with close patterns in low res images.

At the moment Google’s examining whether the technology can be used to enhance a pinch-to-zoom, or infinite zoom, type operation to let you zoom in further than the pixel level on photos you’ve taken, and in another twist they’re considering letting the technology scale down your photos so they use up less space on your phone, with the idea that if RAISR works well enough your smartphone can upscale them again when you view them.

Another benefit of this approach of course would be the amount of data and time you could save transferring a downscaled image to a friend who has RAISR on their phone – the ultimate in video and image compression? And let’s not forget how important this kind of work is when it comes to preserving memories, after all a lot of early digital cameras and camera phones simply didn’t have the resolution that today’s devices do. Wouldn’t it be great to be able to enhance those images back to a much sharper picture?

Inevitably it looks like this technology will filter into everyday life, finding its way into every corner of society – from CCTV and pervasive security applications and all manner of machine vision applications that could include anything from enhancing the vision for autonomous vehicles, robots and bionic eyes.

The potential could be boundless… and I’m glad I could put it into focus for you.

WHY THIS MATTERS IN BRIEF Air gapped systems are used to hold and protect top secret data, and they’re becoming… 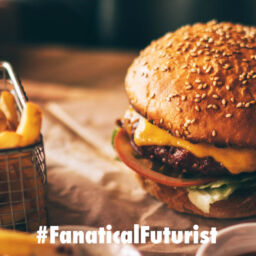 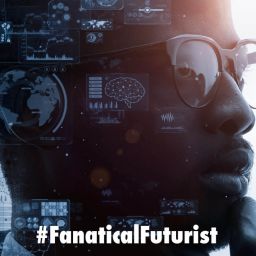 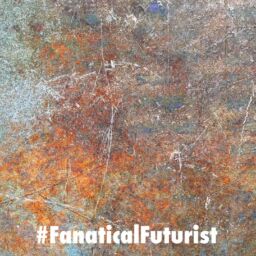