Humans do a lot of things that we shouldn’t bother with, like carrying dishes around, so now we have robots to do it for us.

Have you ever wanted to glimpse into a future reality — utopian or dystopian, depending on your view — powered almost exclusively by machines? Well, now a new hotel and restaurant in Silicon Valley is giving guests the chance to do just that, which then begs us all to ask questions such as: Will all hotel and restaurant jobs be automated by robots in the future?

Well, with McDonalds and Travis Kalnick, the founder of Uber building and investing in Dark Kitchens, and with burger flipping robots that are so good they get fired, robot bar tenders, and robot baristas already “getting jobs” the answer is likely yes. Perhaps.

The Ameswell Hotel is an independent hotel in Mountain View that debuted in mid-July along with its restaurant, Roger. Both the hotel and restaurant were developed as an homage to the nearby historic NASA Ames Research Center, and it’s living up to its tech-driven billing — it’s the first hotel in the US to use Servi, a “self-driving, indoor robot server,” according to Bear Robotics who makes it. Jacky Li, who oversees all food and beverage at the hotel spoke to reporters to explain how it’s being used at Roger.

Originally, she says, the new robots were set loose on their arrival to map out the entire restaurant, which programmed their computers accordingly. Li then set stationary points, or home bases, for the robots — one near the patio, and one by the bar, two of the restaurant’s most high-traffic areas. The robots remain there, outfitted with bins on their multiple levels, where human servers deposit dirty dishes and silverware.

The idea behind the robots, Li says, is not to replace workers, but rather to use them as an amenity for servers, “so they can spend more time on guest interaction, guest needs, rather than them having to leave the floor every five minutes.”

While the robots aren’t being used to serve yet, Li is eager to try them out in other settings, like for passing appetisers in the ballroom during a banquet, and maybe eventually to deliver food and drinks in the restaurant.

“There are a lot of ways we can use the robot. We’re just scratching the surface,” says Li. So the robots are really working as bussers at the moment, although you could say they may get promoted to servers.

Since opening Roger a few weeks ago, the robots have been a hit among diners — one family has already returned for a second time, their kids eager to see the robots again. Asked if it makes him nervous when kids show interest in such a pricey piece of equipment, Li says their bigger concern was guest safety, which was quickly put to rest during the experimentation phase.

“We tested out everything. Put a table in front of it, knocked over a chair in its path, sent it through heavy crowds. It will always find a way to get where it needs to go, but without running into anything,” says Li.

Still, “there have been moments,” Li says with a laugh. “It’s kind of like a blindfolded human being, it doesn’t necessarily know where it’s at. If it gets picked up or otherwise moved manually, it can lose its bearings.”

“At the end of one night, we sent it back to its charging station behind the host stand, you know, pressed the button to “Send to Charge One.” But it made a wrong turn right beside the stand, and just … went out the door. We were like, guess it’s had enough already.” 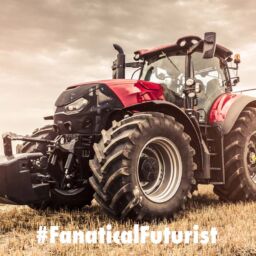