Testing new ways of working seems to be a trend with several countries offering people the opportunity to earn money for doing nothing, literally, thanks to a variety of Universal Basic Income experiments. And thanks to the global pandemic we’ve all been working from home now for over a year, which let’s face it was essentially yet another experiment – albeit a forced one. But how would you like to work a four day week rather than a five day one for real? And if you did would you be more productive? That’s what a massive five year trial in Iceland set to find out and now they’ve reported their results.

The results suggest cutting just four or five hours from a standard work week can lead to dramatic increases in worker well-being and improvements in productivity.

The Future of HR and the Workforce Keynote, by Matthew Griffin

The five day, 40 hour work week was well and truly entrenched in the 20th century. Previously, the industrial revolution resulted in work dominating life to such an unhealthy extent it wasn’t unusual for people to work 16 hours a day, six days a week. Across the late 1800s demand for better regulation of work hours ultimately culminated in US federal laws setting the maximum work week at 40 hours, with overtime for hours worked beyond that threshold.

More recently there has been a growing push to again cut our standard work week down. This primarily has come from several prominent “four-day week” experiments, showing great benefits in cutting the work week down from five days.

A significant New Zealand trial in 2018 found widespread improvements in productivity and worker engagement after asking workers to deliver the same output as usual across a four day work week. Their pay remained the same, the participants simply worked 30 hours across four days instead of 37.5 hours over five days. And then a Swedish trial saw similar benefits testing six-hour work days.

These experiments with alternative work weeks take a number of forms, from reducing one’s total work hours over five days to cramming extra hours into a four-day week. The Iceland trial demonstrated how broadly a shortened work week can be applied, looking at around 2,500 workers across a variety of industries.

The trial first started small, initiated by the Reykjavik City Council. A few dozen employees were offered 40 hours of pay but directed to only work 35 or 36 hours every week. Early results proved successful and over the subsequent years the trial was expanded to include a number of different workplaces, including schools, hospitals and police. And across all metrics the experiment was found to be a success. Productivity either improved or remained the same in the vast majority of workplaces trialled. And worker well-being and health dramatically improved.

“This study shows that the world’s largest ever trial of a shorter working week in the public sector was by all measures an overwhelming success,” says Will Stronge, director of research at Autonomy, a UK organization tasked with analyzing the data. “It shows that the public sector is ripe for being a pioneer of shorter working weeks – and lessons can be learned for other governments.”

Unlike other trials testing more strict formulas, such as a specific four-day work week, this trial tasked its participants with finding their own individual ways of making the shorter week work. Some workers took a half day off once a week, others took a full day off every fortnight.

“In a police station, hours for investigative officers were shortened every other week, so that workers would leave one hour early on Monday to Thursday (8:00 to 15:00), and four hours early on Fridays (8:00 to 12:00),” the report states. “The next week they would work longer days (8:00 to 16:00). This way every other week was shortened by eight hours. Staff working around the clock had a different pattern.”

The report notes the key to successfully deploying a shortened work week is, “flexibility in how tasks were completed, how hours of work and shifts were constructed, combined with interest and engagement in the process of shortening hours from the workplace.”

The trial has proved so successful in Iceland that now 86 percent of the country’s entire working population has either moved to a shorter work week or been offered the opportunity.

The report notes a significant amount of evidence correlating increased productivity with shorter work hours. It’s unsurprising people feel better when they work less but perhaps what is surprising is how productivity generally increases when people work shorter hours.

Gudmundur Haraldsson, a researcher working on the new report, says the findings from this massive trial present a roadmap for future work reforms, demonstrating how shorter work weeks can improve outcomes for both businesses and individuals. 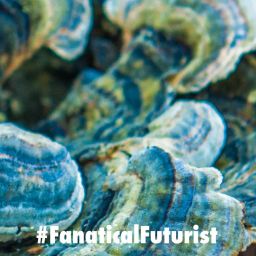 WHY IT MATTERS Over the coming decades trillions of devices will become smart and connected and, unless companies and individuals… 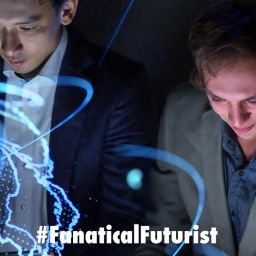 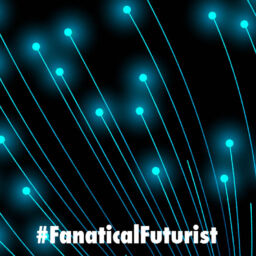