As AI and other technologies make it easier for companies to automate jobs governments are scrambling to find ways to support their citizens in the future.

A while ago, before Covid-19 made its appearance the world was a simpler place, and all people had to worry about was having their jobs automated by a machine and what the government were going to do about it all to make sure people were still able to maintain an income – and the concept of Universal Basic Income (UBI), the principle of free money to support you, was born. Fast forward some months and, under the shadow of reports from the EU and the US governments that no part of society would be left untouched by the impact of automation, trials of UBI began around the world to test it, and one of the most public trials, which then went on to be ignominiously cancelled midway through, was in Canada.

Now, finally a new report from researchers at McMaster University and Ryerson University, have surveyed over 200 participants from that the trial that took place in Southern Ontario between 2017 and 2019 in order to gauge how successful it was, or not, which now means we have the results from two UBI trials – this one and a larger one in Finland whose results were published last year.

The Canadian team’s report suggests that the UBI participants saw improvements in mental health, housing stability and social relationships, along with less frequent visits to hospitals and doctors that lowered the impact on general health services.

The Ontario Basic Income Experiment was a pilot project designed to test whether a basic income payment regularly given to low or no income participants would, “reduce poverty more effectively, encourage work, reduce stigmatisation, and produce better health outcomes and better life chances for recipients.”

The experiment enrolled 4,000 subjects and was planned to run for three years. Within months of the project commencing a new government was elected in Ontario and the experiment was swiftly cancelled. Social services minister at the time, Lisa MacLeod, said in July 2018 the project was expensive, unsustainable, and “clearly not the answer for Ontario families,” but by the time the project was completely cut off most participants had been receiving the basic income payments for around 17 months. The new report set out to gather data from a number of participants who took part in the project using online surveys and qualitative interviews.

The data gathered survey responses from 217 subjects and conducted in-depth interviews with 40 individuals. While the report is obviously limited by the premature cancellation of the three year project and the small cohort evaluated in the surveys and interviews, the researchers say several interesting and useful patterns emerged.

One of the frequent arguments against basic income proposals is they engender unemployment and would decrease motivation to enter the workforce. The data gathered in the new report doesn’t back up those concerns, with only 17 percent of those in the pilot leaving employment once the basic income payments commenced. And, most significantly, nearly half of those subjects who stopped working during the pilot returned to school or university to up-skill for future employment.

A 35 year old man describes in the report how the basic income allowed him to complete a training course which resulted in him getting a security guard license. This released him from being dependent on a single untrained job, and allowed him to expand his employment opportunities.

“My boss was pushing me to get it,” the man said, according to the report. “But I could not afford it before basic income … I was actually able to pick up more gigs. I got more jobs and hours out of it.”

Over half of the subjects surveyed indicated working both before and during the project. Of those subjects, many noted improvements in working conditions and job security, often through a sense of being empowered to find better jobs. Economics professor Wayne Lewchuk, who worked on the new report, suggests the safety new of the basic income project allowed subjects a sense of security that helped their employment status.

“Many of those who continued working were actually able to move to better jobs, jobs that had a higher hourly wage, that had in general better working conditions, that they felt were more secure,” said Lewchuck in a recent interview with CBC.

Other basic income experiments, meanwhile, such as the one in Finland that similarly ran between 2017 and 2019, have presented divisive data. The Finnish UBI project randomly selected 2,000 young unemployed and long-term unemployed subjects. Each subject was paid €560 ($630) per month with no strings attached, and were told that they would continue to receive the payment regardless of starting any employment, and during the course of the experiment they weren’t required to participate in any employment training programs.

The goal here was to test whether a targeted basic income payment, without any additional social structures, would increase participation in the workforce. But the results were not positive, as social policy expert Heikki Hiilamo reported in a preliminary commentary on the study released last year.

“Basic income recipients did not have more work days or higher incomes than those in the control group,” writes Hiilamo. “Despite the fact that basic income recipients had clearly better incentives to work, there were no statistically significant differences between the groups. The results show that among the young and the long-term unemployed other obstacles for work, such as outdated skills and health issues, are more important than financial incentives.”

Hiilamo does note, however, the study was not particularly designed as an efficacy test for universal basic income, but instead was very focused on the employment results of a partial basic income in a highly targeted group of able-bodied people without work.

Although the failure of the Finland basic income experiment has been cited as an indication the method doesn’t help individuals engage proactively in the workforce, many have criticized the Finnish experiment as fundamentally flawed. Both the Finnish and Canadian studies in many ways are not at all indicative of a true universal basic income proposal, but instead are experiments examining alternative social welfare methods within pre-existing progressive systems.

So, although this new study examining Ontario’s basic income experiment is certainly presenting positive outcomes, and the prior Finnish study presented neutral to negative outcomes, neither is particularly indicative of the potential success or failure of an absolute universal basic income system.

Recent Democratic presidential candidate Andrew Yang hinged his entire campaign on the idea of a true UBI where every American over the age of 18 would receive $1,000 every month. This somewhat extreme presentation of UBI is still relatively untested despite a number of different pilot projects around the world trailing variations of basic income over the years.

While Yang was unsuccessful in his bid to become the 2020 Democratic Presidential nominee, his UBI proposal has recently again been propelled into the mainstream discourse following the social and economic stresses caused by the COVID-19 pandemic.

As Americans debate how insecure workers will survive weeks without paychecks if subjected to quarantine or isolation measures, Yang’s UBI proposal has quickly shifted from a fringe idea on the progressive left, to one he claims is both financially feasible and beneficial to the majority of the community. But as to whether UBI schemes really work, well arguably we still don’t have enough data but increasingly it looks like paying money for just “existing” isn’t enough, UBI has to be provided as part of a wider social welfare and support strategy that has more carrots and sticks, and more support structures in place. So it’ll likely be a while yet before we see any country roll out UBI yet in any meaningful way – even as the machines rise.

The “Godfather” of Deep Learning unveils what’s next in AI 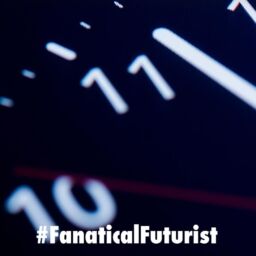