New technology is pushing the boundaries on life extension, and now death, and there are an increasing number of voices that think death is no longer inevitable.

There’s a saying, “In life only two things are certain – death and taxes,” and while the rise of automation and the concept of Universal Basic Incomes (UBI) might put pay to the latter last Friday a groundbreaking new project, which follows hot on the heels of two new age reversal projects, named the The ReAnima Project, might, one day, put pay to death. The project, which aims to literally bring people back from the dead by regenerating, and reanimating, the brains of patients who are clinically brain dead – and therefore clinically dead – finally won approval to start human trials from India’s health watchdogs.

During the trial Dr Himanshu Bansal, who’ll be leading the project, will be working alongside Revita Life Sciences and Bioquark Inc, who are both trying to promote the idea of a “reset” button for your body, to recruit 20 brain dead patients to see if they can revive parts of their Central Nervous System (CNS) using a combination of therapies that will include injecting the dead patients brains with stem cells and a cocktail of peptides, and a variety of what’s known as ‘Transcranial Stimulation” treatments – one of which was recently used to successfully wake up patients from long term comas.

“This represents the first trial of its kind and another step towards the eventual reversal of death in our lifetime,” said Dr Ira Pastor, CEO of Bioquark, “we just received approval for our first 20 subjects and we hope to start recruiting patients immediately.”

The participants in the trial, who’ll have been certified dead, and whose bodily functions will only be kept “alive” using life support, will be monitored for several months using state of the art brain imaging equipment to look for signs of brain and CNS regeneration, particularly in the patients upper spinal cord that controls independent breathing and heartbeat. The team is particularly hopeful that the brain stem cells they’ll be using might be able to “re-start life” thanks to their ability to help the body turn back the clock – a process called “Cellular Regeneration” that’s one of the key components that helps salamanders and starfish regenerate entire limbs from scratch.

“To undertake such a complex project we’re going to combine the best regenerative medicine methodologies with other existing medical treatments, and we hope to see results within the first two to three months.”

The first stage clinical trials, named ‘First In Human Neuro-Regeneration and Neuro-Reanimation’ will involve administering Peptides directly into the patients spinal cord via a pump, with the stem cells administered bi-weekly, over a six week period, and will take place at Anupam Hospital in Rudrapur, India under the guidance of Dr Himanshu Bansal of Revita Life Sciences who says he’s already had some success with two patients in the Gulf and Europe.

“Our patients in the Gulf and Europe are still in a minimal conscious state but who knows, they may come out and have a reasonable useful human life. We are now trying to create a definitive study in 20 subjects and prove that the brain death is reversible. This will open the door for future research and especially for people who lose their dear ones suddenly.”

“Through our study we hope to gain unique insights into the state of human brain death which will have important connections to future therapeutic development for other severe disorders of consciousness, such as coma, and the vegetative and minimally conscious states, as well as a range of degenerative CNS conditions, including Alzheimer’s and Parkinson’s disease,” added Dr Sergei Paylian, Founder, President, and Chief Science Officer of Bioquark Inc.

Commenting on the trial, Dr Dean Burnett, a neuroscientist at the Cardiff University’s Centre for Medical Education said: “While there have been numerous demonstrations in recent years that the human brain and nervous system may not be as fixed and irreparable as is typically assumed, the idea that brain death could be easily reversed seems very far-fetched, given our current abilities and understanding of neuroscience. Saving individual parts might be helpful but we’re a long way from resurrecting a whole working brain, in a functional, undamaged state.” 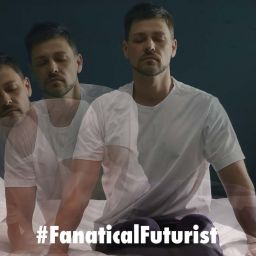 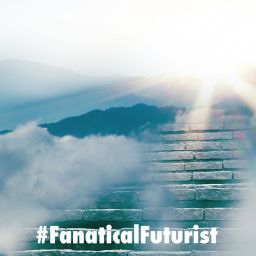