Almost 30% of all greenhouse gases like carbon dioxide come from burning energy to cool and heat buildings so, as you can see, finding solutions to this problem is just one part of helping us solve the scourge of climate change. And, if those solutions could be either low energy or zero energy – such as Stanford University’s zero energy air conditioning system which uses new materials to literally beam heat into space – then even better.

Now researchers in Singapore have announced they’ve developed a new “liquid window” which can block sunlight to keep a building cool but also absorb heat to be gradually released during the day or night to cut energy costs.

The window, invented by researchers at Nanyang Technological University (NTU), uses a hydrogel based liquid between glass panels and was found to reduce energy consumption in buildings by up to 45% compared to traditional glass windows.

It was also about 30% more energy efficient than commercially available energy-efficient glass, as well as cheaper, said the NTU scientists who spent almost a decade on the project.

The liquid window material can also be used for small or large pieces of glass.

Energy-guzzling buildings, many of which are heated by fossil fuels, account for 40% of global energy usage, and windows are responsible for half of that energy consumption, according to a 2009 United Nations report.

The International Energy Agency said direct and indirect planet-warming emissions from electricity and commercial heat used in buildings rose to their highest recorded level in 2019, accounting for 28% of global energy-related CO2 emissions.

The increase was partly fuelled by growing energy demand for heating and cooling, with rising air conditioner ownership and extreme weather, the agency noted in a 2020 report.

Conventional energy-saving windows are made with expensive coatings that cut down infra-red light passing in or out of a building, helping reduce demand for heating and cooling. But they do not regulate visible light, a major component of sunlight that causes buildings to heat up.

To overcome the limitations, the NTU researchers mixed micro-hydrogel, water and a stabiliser, finding it can effectively reduce energy consumption in a variety of climates as it automatically responds to changes in temperature.

The liquid mixture in the smart window turns opaque or frosted in appearance when exposed to heat, blocking sunlight. Then, when temperatures cool, it returns to its original clear, transparent state, letting in light and heat.

NTU scientists conducted simulations using building models and weather data from Shanghai, Las Vegas, Riyadh and Singapore, as well as outdoor tests in Singapore, Guangzhou and Beijing, and they hope to start working with businesses soon to spark commercial interest.

The windows, most suited to office buildings that are occupied during the day, can also be adapted for different locations. But they are most effective in the tropics and places where temperatures rise during the day and fall sharply at night, such as the Middle East, said Long. Tests also suggested the smart liquid window reduces noise 15% more effectively than double-glazed windows.

WHY THIS MATTERS IN BRIEF Renewable energy is clean and green, but when the sun goes down and the wind…

WHY THIS MATTERS IN BRIEF When we do eventually build a colony on the Moon the colonists will need power,… 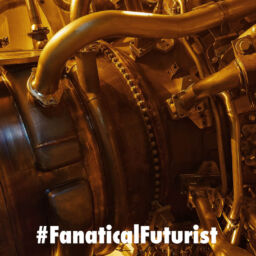 WHY THIS MATTERS IN BRIEF There are lots of legacy gas systems around, from jet engines to gas plants, and… 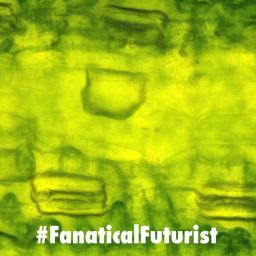