Last week Locus Robotics unveiled a robotic navigation system that lets their LocusBots work more effectively together, and with humans in crowded, bustling warehouses. The LRAN system, which stands for Locus Robotics Advanced Navigation, debuted at the industry trade show ProMat in Chicago.

Locus Robotics was formed after Amazon bought Kiva Systems. The company’s founders, Bruce Welty and Mike Johnson, had been operating third party fulfilment centers for online retailers using Kiva’s robots but when Amazon bought the company and stopped selling the robots the two founders had to find another robo solution to help them and their associates quickly pick and pack orders, and so Locus Robotics was born.

The company’s old navigation technology worked similarly to Google maps with a layer of task planning and computer vision on top of it. In other words they followed a pre-arranged route, but now, the new LRAN system lets the robots communicate with one another about the various structures, obstacles, people and events they see, using machine vision, as they move around the warehouse.

This data fusion allows each robot to have a more comprehensive understanding of what’s happening in the environment where they work, navigate their way around without relying on pre-programmed maps and lets them be more reactive – avoiding bumping into people or each other much the way that people avoid each other in crowded streets or hallways.

Stuart Johnson, the company’s COO, explained the reason the company upgraded its system has to do with the growth of E-Commerce and evolution of warehouse automation.

“E-commerce fulfilment is a very unstructured world. The facilities are changing by the minute. You have lots of moving people, products and equipment. This poses a challenge a lot like the one you read about more often with self-driving cars. Robots have to navigate safely while making people more productive,” he said.

At ProMat, Johnson said, people have been playing with six LocusBots, trying to get them to bump into each other or a person. But with the new LRAN systems at work, the LocusBots have remained “patient” and let people and other robots pass by, or managed to find other routes around them.

While this new advance might seem an obvious next step for warehouse robotics it’s another step along the path to make robots more autonomous and more capable, and with every step they take they get one step closer to replacing the human workers they’re trying to avoid. One day as, for example, robot pickers surpass human workers -as they’re just about to – we will find that there are no people to avoid, only robots. 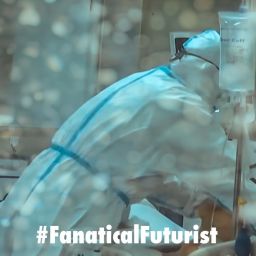 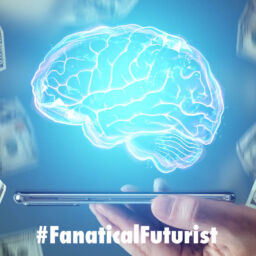