Robots integrated with AI and Machine Vision are becoming increasingly capable surgeons and one day they’ll save thousands of lives.

Earlier this week scientists in the US revealed a new robotic drill that can cut, excuse the pun, the most sensitive brain surgeries down from two hours to just two and a half minutes – a fifty fold increase in speed.

The robot, developed at the University of Utah, is being hailed as a breakthrough and its speed means that the patients chances of survival will increase dramatically and cut the risk of infection. The team also says that the drill produces fast, clean, and safe cuts, reducing the amount of time the wound is open and the patient anaesthetised, which also decreases the chances of human error, as well as the cost of surgery.

Today, by comparison, in complex surgeries, especially cranial surgeries, surgeons typically use hand drills to make intricate openings, and that adds hours to a procedure.

Fast and accurate, the Robo-Drill in action

“It was like doing archaeology. We had to slowly take away the bone to avoid sensitive structures,” said Dr William Couldwell, a neurosurgeon at University of Utah, “we knew the technology was already available in the machine world, but no one ever applied it to medical applications.”

Under the new system, patients will undergo CT scans to establish the exact location of sensitive structures such as nerves, major veins and arteries that must be avoided, and surgeons can use this information to program the cutting path of the drill and the surgeon can program safety barriers along the cutting path within 1 mm of sensitive structures.

“The software lets the surgeon choose the optimum path from point A to point B, like Google Maps,” said Dr A Balaji, who also worked on the drill, “think of the barriers like a construction zone. You slow down to navigate it safely.”

The robot drill, which joins other increasingly famous surgical robots such as STAR which recently operated on a human, and Rosa, a robot that performs intricate brain surgery, does the heavy lifting by removing most of the bone, similar to a mill, accurately and rapidly, and while it hasn’t yet been tested on human patients the team’s planning their first trial in the next couple of months.

The research was published in the journal Neurosurgical Focus. 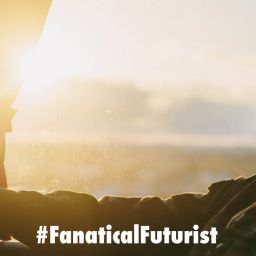